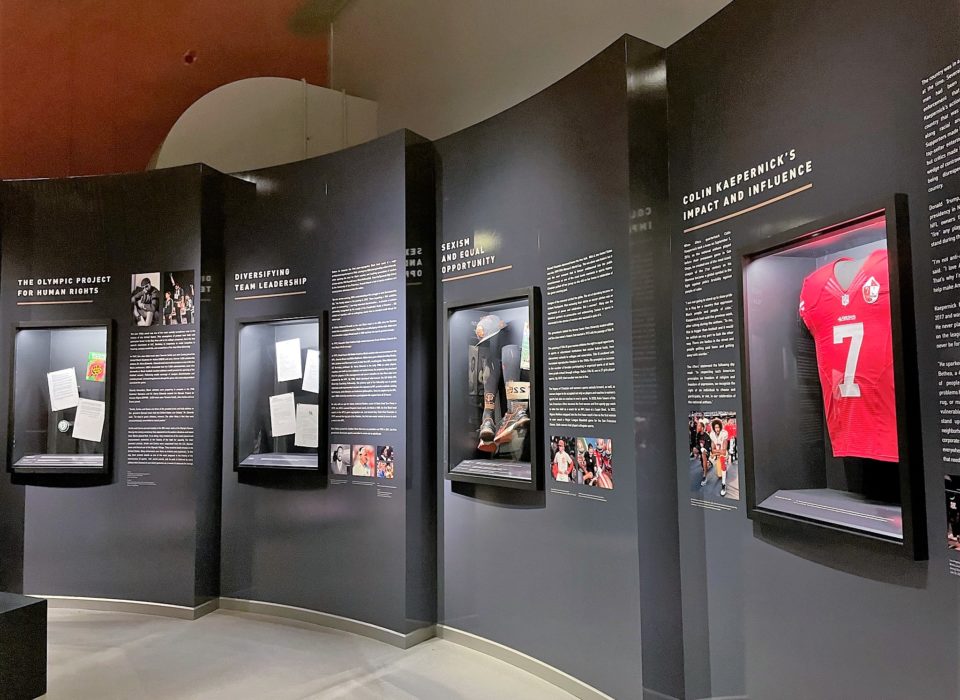 An Exhibit About Social Justice, Equity in the Context of Professional Sports

The 49ers Museum presented by Foxconn Industrial Internet opened its newest exhibit last month just ahead of the team’s annual Inspire Change game, which follows the NFL’s initiative to ensure a more equal and just future. “The Long Game” takes visitors on a journey spotlighting five historical moments in the Bay Area where sports intersected with national movements for change. This is the first exhibit of its kind in the NFL.

The exhibit openly explores critical social issues such as sexism, housing, and racial discrimination. These stories include Willie Mays and the housing discrimination in San Francisco; Tommie Smith and John Carlos’ silent gesture on the Olympic podium; ‘Sexism and Equal Opportunity’ as told through Brandi Chastain and female coaches who have broken gender barriers and finally; Colin Kaepernick’s iconic protest that pushed the conversation about anti-Black racism on a global scale.

With this exhibit, the 49ers Museum hopes to spur discussion and action to combat discrimination and inequality around the Bay and across the globe. The team plans to integrate this exhibit with the 49ers Foundation’s 49ers EDU STEAM education program to teach local youth about these important cultural histories.

“The Long Game” gallery achieves the powerful storytelling through a combination of unique artifacts, graphics, and video footage capturing the iconic moments. CambridgeSeven, who designed the 49ers Museum’s original exhibit galleries and EDU Center, worked closely with the museum curators, educators, athletes, coaches, and advocates to craft the new exhibit.

Since the exhibit opening in December, the Museum has received rave reviews from students and visitors alike. 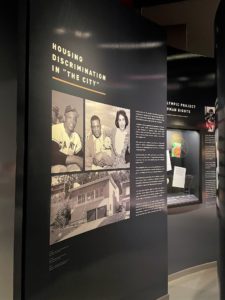