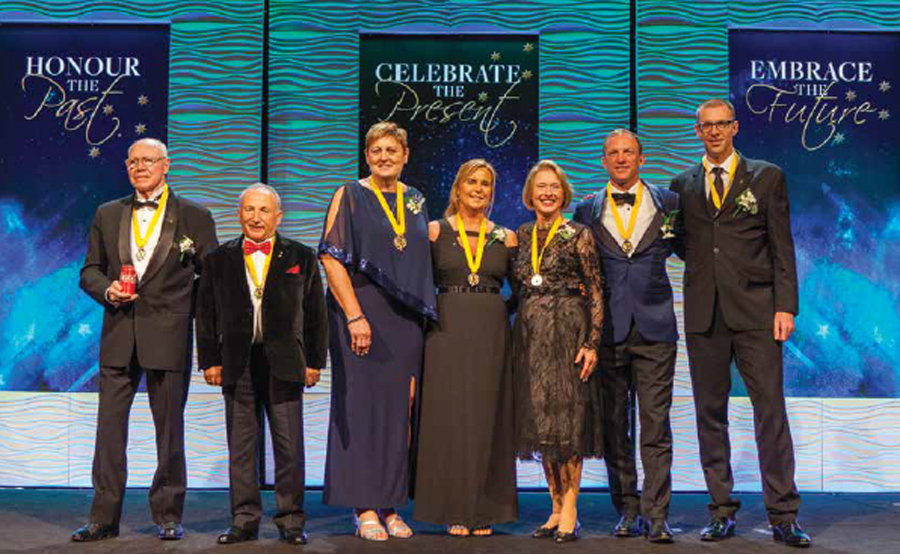 The ‘Stars of the Southern Cross’ event theme was to – Honour the Past, Celebrate the Present and Embrace the Future.

Australian sport’s “Night of Nights” led
by co-hosts Sandy Roberts and Nicole Livingstone, welcomed a capacity crowd of over 1,050 who celebrated the Induction of eight Australian sporting greats into the Hall of Fame. Highlights also included the announcement of five young Australian athletes as recipients of the 2019 Scholarship & Mentoring Program along with their Mentors who are SAHOF Members.

‘The Don’ Winner, Kurt Fearnley, made history as the first athlete with a disability to win the prestigious award and received not one, but two standing ovations and took no self-congratulations. Unquestionably the most remarkable athlete, Kurt had the whole nation watching his acceptance speech in admiration.