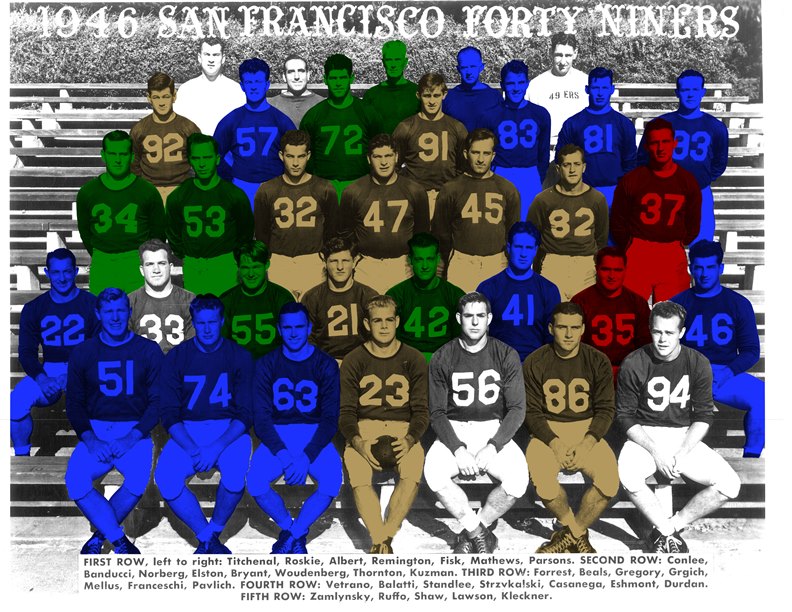 The 49ers Museum presented by SONY, at Levi’s® Stadium, has a brand new exhibit acknowledging the members of the 49ers organization that have served the military. The opening of the exhibit coincided with the team’s “Salute to Service” game on November 6. “Salute to Service” is an annual initiative of National Football League wherein all 32 teams dedicate a home game to celebration of members of the United States Armed Forces.

The exhibit, “Gridiron Heroes: The Stories of the 49ers Military Veterans,” explores the experiences of 49ers players, coaches, and executives to honor their service and sacrifice and how their football careers were interrupted, delayed, and even initiated by their time in the service. Nearly every member of the 49ers inaugural team in 1946 had contributed to the war in some way, most through active service in the United States Armed Forces. Though the majority of 49ers who served our country did so during World War II, many others served during the conflicts in Korea, Vietnam, and the Persian Gulf. For these soldiers, sailors, marines, and airmen, football remained a passion shared amongst servicemen of all ranks and occupations. 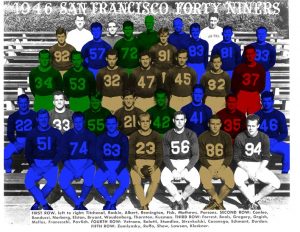 This photo is a prominent feature of the exhibit with the members of the inaugural 1946 San Francisco 49ers distinguished by the different branch of the United States Armed Forces they served.