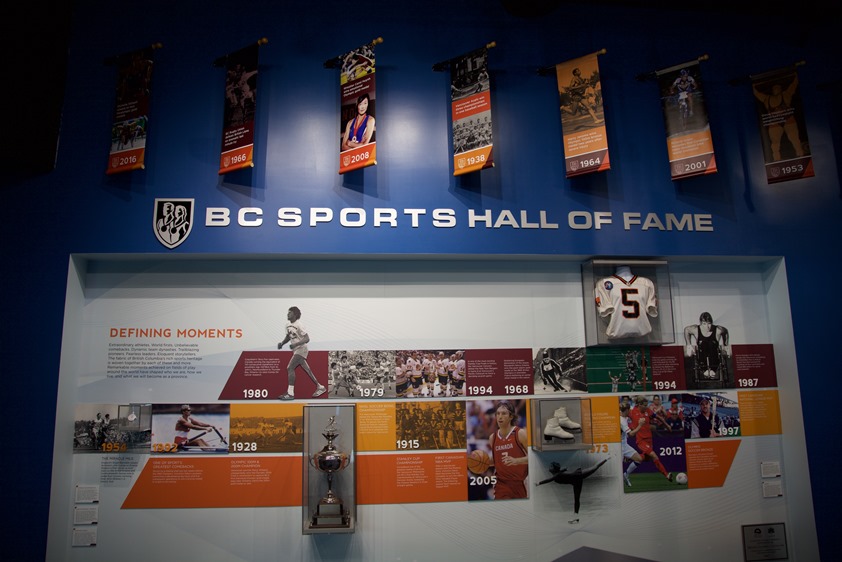 The BC Sports Hall of Fame has opened a brand-new exhibit in the Hall, celebrating some of the most important moments in BC sports history. Defining Moments in British Columbia Sports displays iconic artifacts from some of BC’s most memorable sports moments.

Funded by the Province of British Columbia through the Canada 150: Celebrating B.C. Communities and their contributions to Canada grants program, the exhibit documents and honours a diverse range of impactful and historic sporting moments in BC and by athletes from across the province, inspiring and educating a new generation of youth by teaching them about all that BC has accomplished- both locally and on the world stage.

“On behalf of the BC Sports Hall of Fame, I want to thank the Province of British Columbia and the Ministry of Tourism, Arts and Culture for this funding,” says Allison Mailer, Executive Director of the BC Sports Hall of Fame. “The Defining Moments entrance exhibit truly celebrates our province’s sport legacy. The opening text panel says it best: Extraordinary athletes, World firsts, Unbelievable comebacks, Dynamic team dynasties, Trailblazing pioneers, Fearless leaders, Eloquent storytellers. The fabric of British Columbia’s rich sports heritage is woven together by each of these and more.”

“This exhibit gives British Columbians a wonderful new way to learn about our most inspiring athletes,” said Lisa Beare, Minister of Tourism, Arts and Culture. “I hope many people will visit and delight in the great sporting achievements of the past 100 years.” The exhibit highlights the successes that athletes from across BC have accomplished throughout their careers, including moments from the lives of Terry Fox, Rick Hansen, Nancy Greene, Karen Magnussen, Steve Nash, Christine Sinclair, and many more. Artifacts from many of the BC Sports Hall of Fame’s Honoured Members are also included in the display. Over 25 items illustrate the story of over 40 athletes across 10 decades of sports and define momentous occasions in BC sports history.

Just a few of the artifacts on display in the Defining Moments entrance exhibit: 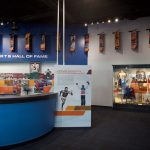 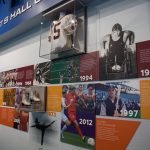 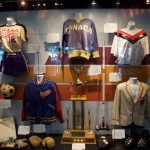 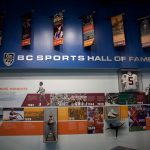