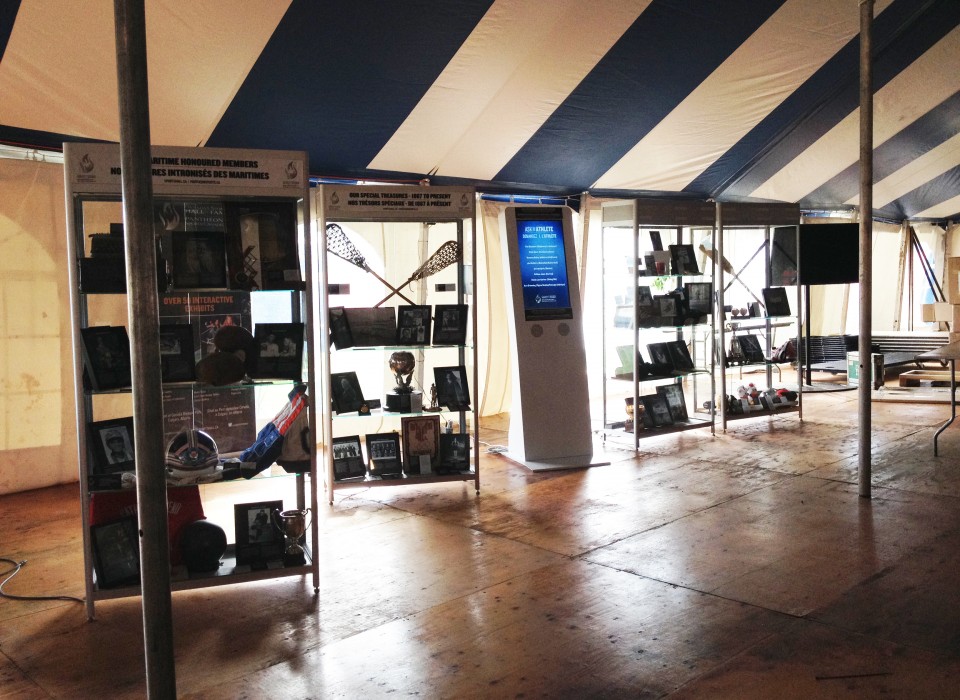 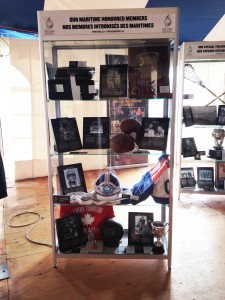 CSHoF has been involved in the 150th anniversary of the 1864 Charlottetown Conference in PEI by installing an exhibit featuring our Maritime Honored Members as well as showcasing some of our Special Treasures. Special artifacts featured are the Olympic relay torches used in each of the Olympic Games Canada has hosted, miniature replica Grey Cup belonging to Wayne Gretzky, 1887 shotput trophy from the World’s Fair won by George Gray, and a Gold Medal from the 1928 Olympic Games in Amsterdam won by the Women’s 4x100m team.   This exhibit is located on the Waterfront in Charlottetown until Sept. 7, 2014.  A special thank you to PEI 2014 for their support of the creation of this major off-site exhibition.