The newly named Canadian Aquatic Hall of Fame is happy to announce that plans are well under way to move back into its former home located in the Royal Gallery that is attached the Pan Am Pool.  Our relationship has come full circle with the City of Winnipeg and a settlement was reached over a year ago that allowed us to sign a new lease agreement for the space.  Amendments have also been made to allow us to use our settlement money to make some major infrastructure upgrades to the 10,000 square foot space.  With the help of our current Mayor (a former University of Manitoba swimmer) we have an amazing team of property administrators, designers and project managers that are dedicated to our project.  Construction started this past January with the goal of being completed for the 2017 Canada Summer Games to be held in Winnipeg this July and August 2017.  The Canadian Aquatic Hall of Fame will be the main entrance for the swimming and diving events so it was crucial that we get moving on our project as soon as possible. Washrooms, new LED lighting, new floors, processing room, curators/admin room, permanent display area and storage are just a few of the upgrades that will take place. Our current plan is to call the Canada Summer Games opening our “pre-opening” with our Grand Opening happening the following summer with an induction ceremony a that time.  It has been nearly a decade since we last had any new inductees nominated for our hall of fame.  The Canadian Hall of Fame is very much looking forward to having a “bricks and mortar” space that will not only showcase our current list of over 100 inductees, but also the nearly 3000 aquatic artifacts that tell the history of swimming, diving, synchronized swimming and water polo in Canada over the last century. 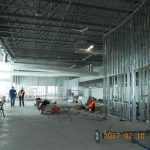 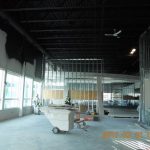 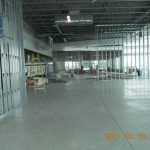