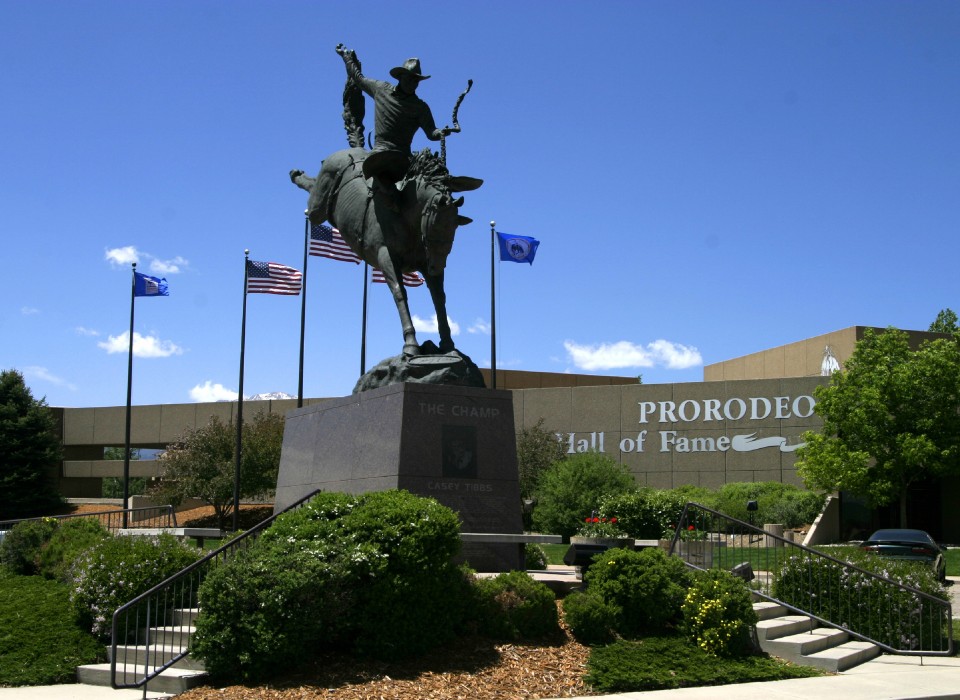 COLORADO SPRINGS, Colo. – There was a recurring theme in the speeches at the 35th annual ProRodeo Hall of Fame induction ceremony Aug. 9, connected to heritage, history and the long road traveled to reach the sport’s pantheon. Everybody had a great road story to tell; nobody’s stretched longer or had more air miles than Glen O’Neill’s. From Down Under to Top of the World.

“When you’re retired,” O’Neil said, “you think back to where you came from. I think back to when I started rodeoing as a country kid in the Outback riding bucking horses. I was lucky enough to have the right attitude to make the right decisions I did in my career. I kept moving forward, and once I got to the top in Australia, I came to Canada and America and wanted to keep climbing. It’s been a hell of a ride.”

Apart from his many honors in the arena – the gold buckle, 11 qualifications for the Wrangler National Finals Rodeo and career earnings of $1.6 million – O’Neill may have set a record of sorts Saturday, for the longest distance traveled by a family to witness their kin’s Hall of Fame induction ceremony.

His parents, brother and aunt and uncle were on hand from New South Wales, Australia (8,325 miles away). He also had in-laws from Canada here, as well as his wife, Jennifer, and kids from their home in Didsbury, Alberta.

“This is pretty exciting,” said O’Neill, 41, “and I’m at a loss for words a little bit, because it’s a big deal and there are a lot of people here. To come here and be inducted, see all the history that’s in the Hall of Fame and to now be a part of it, is something special.”

“I told my wife, Connie, when we walked into the (Cowboy Ball Aug. 8) that this was almost surreal,” said Herman, 50. “It was a quite a journey to get here and I’m honored and quite humbled to be standing in (the ProRodeo Hall of Fame) with the names that we were pretending to be to win the world when we were kids riding the bucking machine. To be one of them (a ProRodeo Hall of Famer) is unbelievable and hard for me to imagine.”

For Walker, who won his gold buckle as a steer wrestler in 1981 and whose 16 WNFR qualifications are equal to the second-highest total in the history of his event, this was a day that felt forever in coming.

“I’m thankful to get up and give this speech and not be dead,” said Walker, 56, with a chuckle.

“Waiting all this time (since the April 1 announcement) before going into the Hall of Fame was kind of like waiting to go into the principal’s office. I knew it was happening, and I was anxious to get it over with. Being here has been really nice, and walking around the Hall you realize that this is real.”

He was the inaugural Wrangler World Champion Bullfighter in 1981 and shared that honor with fellow Hall of Famer and lifelong friend Rob Smets in 1988, developing a style based on careful study and his memory of the bulls’ moves.

“The people who are in the Hall are people who I idolized and are the gods of the game, and it’s just an honor to be in here with them,” said Hare, 58. “It’s no accident that I’m here. I’m a product of my environment. My father (Dean) had bucking bulls and fighting bulls in my backyard when I was born. I just had to step out the door and do it. I didn’t have me a basketball hoop out there. I had rodeo stock. It is all I have ever known. I get along much better with things with four legs than things with two legs.”

“Whenever Spring Fling was up, I would go out the arena to watch her – no matter what I was doing in the office – and I got goose bumps every time,” said rodeo secretary Crystal Longfellow, who accepted the award on behalf of Big Bend’s Sonny Riley and Don Hutsell. “(Six-time World Champion) Dan Mortensen knew how good Spring Fling was; it was the only horse he ever drew five times and never rode.”

“She really deserves it,” Hutsell said. “She’s the best bronc ever, I think. She just flat bucked, and she had the power to get guys off.”

The PRCA committees selected for enshrinement this year are among the PRCA’s longest-standing and most respected rodeos. Clovis, part of the Wrangler Million Dollar Tour, celebrated its 100th anniversary in April. Nampa will have its centenary rodeo next year, while Hayward just wrapped up its 93rd year and Greeley its 92nd.

“It’s a bit overwhelming, and to have this line up with our 100-year anniversary next year is more than we could’ve asked for,” said Snake River Stampede chairman Jeff Agenbroad. “It’s a great way to send us off on our second 100 years.”

ProRodeo Hall of Fame inductees are selected by a committee of former contestants and rodeo experts. More than 150 individuals are nominated each year and selection is based on contributions to the sport of professional rodeo in any one of seven categories: contestant, stock contractor, contract personnel, rodeo committees, livestock, media and notables/lifetime achievement.

Including this year’s inductees, 236 people, 28 animals and 22 rodeo committees have been selected for enshrinement in Colorado Springs since the Hall opened in 1979.