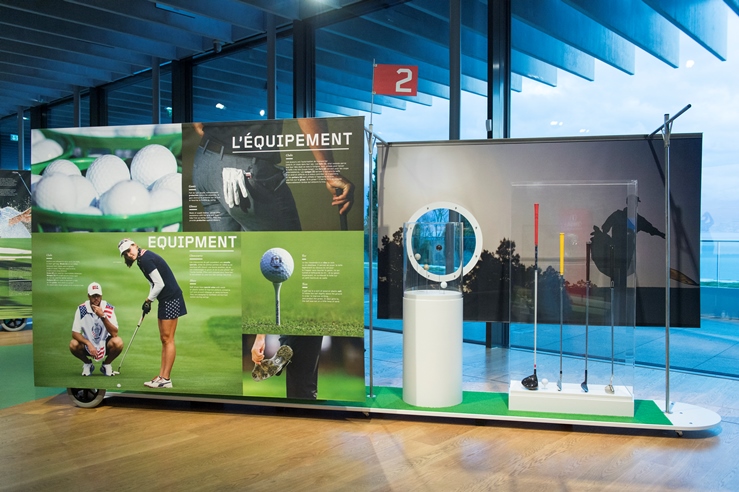 After a 112-year absence, golf is returning to the Olympic Games in 2016. The Olympic Museum in Lausanne, Switzerland has devoted an exhibition to golf that is currently on display through January 31, 2016. During the Games, the exhibit will be presented in the Fan Zone in Barra da Tijuca, the home of the golf venue in Rio de Janeiro, Brazil.

The exhibit’s purpose is to educate visitors on the game of golf, specifically its history and an overview of the rules. Other themes explored in the display include the game’s equipment, golf’s great champions, iconic courses and golf’s history in the Olympics. The design offers a “walk through the course” with six “holes” allowing visitors to learn more about the return of golf to the Olympic Games.

This exhibition was created by the Olympic Museum in partnership with the International Golf Federation (IGF), in collaboration with Golf Canada, the World Golf Hall of Fame, the British Golf Museum and the USGA Museum. The opening event was held on December 9, 2015 at The Olympic Museum and was attended by ISHA members Angela Howe (British Golf Museum), Brodie Waters (World Golf Hall of Fame) and Michael Trostel (USGA Museum). Others in attendance included Antony Scanlon (IGF), Peter Dawson (R&A) and Mike Davis (USGA). 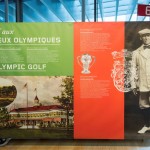 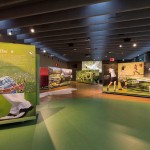 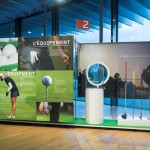