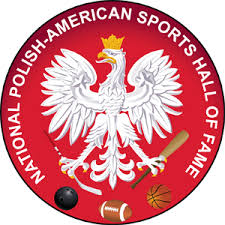 Allison “AJ” Mleczko played college hockey at Harvard, leading the Crimson to the NCAA title in 1999.  In her senior season as captain, she scored 37 goals, 77 assists, and 114 points in only 34 games, the most prolific scoring season in women’s college ice hockey history.  Named to the All-American team, Mleczko won the Patty Kazmaier Award, given to the women’s top college hockey player.  She competed at two Olympics leading her team to the gold medal in 1998 and the silver medal in 2002.

Mike McCoy played college football at Notre Dame where he starred for three years from 1967-1969.  In 1969, the defensive lineman was a consensus All-American, chosen as the UPI lineman of the year, and finished sixth in the Heisman voting.  McCoy was the second player taken in the 1970 NFL Draft chosen by the Green Bay Packers.  He played 11 years in the NFL with the Packers, Raiders, Giants, finishing his last half-season with the Lions.  McCoy was named Packers Rookie of the Year in 1970, and led the Packers in sacks in1973 and 1976.

Arlene Limas is one of the greatest Taekwondo athletes of the 20th century.  She won the gold medal at the 1988 Olympics in Seoul, and for her career was undefeated in international competition.  In all, Limas has won nine  National and World Championships.  She was named the collegiate athlete of the year in 1987 and the March of Dimes Amateur Athlete of the Year in 1989.  Limas has been inducted into seven Halls of Fame including the Taekwondo Hall of Fame in 2007.

The 47th Annual Induction Banquet will be Thursday, June 20, 2019, at the American Polish Cultural Center in Troy, Michigan.  Tickets for the banquet, which begins at 5:30 pm., are $125 and can be ordered by calling (313) 407-3300.  Information on the National Polish-American Sports Hall of Fame is available at www.polishsportshof.com. 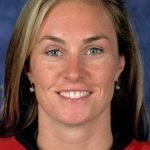 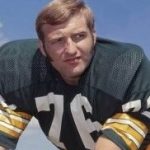