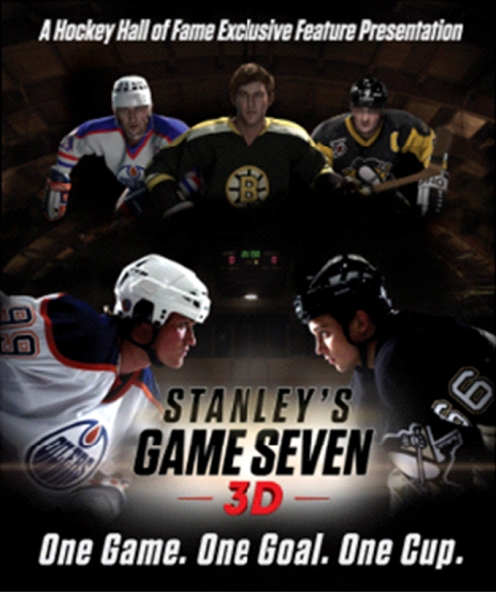 The brand new, state-of-the-art TSN Theatre is home to a ground-breaking, original 3D film, entitled Stanley’s Game Seven (3D). The film tells the story of the greatest game on earth as it’s never been told before by celebrating the pursuit of the most iconic trophy in sport — The Stanley Cup.

Stanley’s Game Seven combines a stunning mix of original live action, computer generated 3D animation, and classic archival footage of some of the most renowned playoff moments in Stanley Cup history. The 22 minute film plays at the top and half past the hour in the Hockey Hall of Fame’s new TSN Theatre and is included in the price of admission.

The TSN Theatre has 125 comfortable seats set in a tiered theatre-style and the 10 foot high by 25 foot wide high-definition, 3D presentation will have you on the edge of your seat.