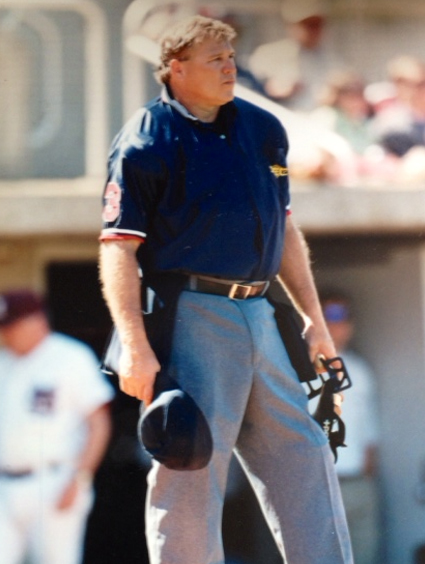 The recipient of the this year’s award is John Magnusson, who umpired postseason college baseball for 23 consecutive years from 1984 to 2006. He worked a total of six College World Series at three different levels and along the way served in the evaluation, training and scheduling of umpires for 26 years in Florida.

“John’s career speaks for itself,” said Mike Gustafson, president and CEO of the National College Baseball Hall of Fame. “His peers recognized his on-field excellence as well as his professional contributions to umpiring, and that speaks volumes.”

Magnusson’s selection was the result of a nomination and screening process by past and current NCAA national coordinators of umpires, NCAA regional advisers, conference umpire coordinators and four collegiate head coaches.

“To be included in this group, and especially the umpires that precede me, gave me a rush of emotions,” Magnusson said. “When I was notified, I was on the way to my home town of Kissimmee, (Fla.) where my love of baseball was fostered. I visited the site of my first game as an umpire at Oak Street Park 49 years ago. I kept thinking of all my family that allowed me to pursue such a dream.”

Magnusson will be honored as part of the Hall of Fame’s annual Night of Champions on June 29 in Lubbock, Texas.