Phase 2 of the renovation included a complete demolition and rebuild of the interior, following a renovation of the entryway and roof in 2015. Manhattan Construction of Oklahoma City was the general contractor and Crafton Tull of Tulsa, Oklahoma, was the architect. Dimensional Innovations of Kansas City designed the exhibit spaces and kiosks.

“It is important to the sport and to us to be able to tell the heroes of wrestling’s stories and inspire a newer generation,” said Smith. “With this renovation we have that technology and ability to bring these legends to life for our guests.”

Each tour begins in the theater with a custom three-minute video, featuring some of the sport’s greatest names and moments, created by RockBox of Kansas City. Resilite donated wrestling mats in multiple colors that were used to create custom benches that are located throughout the museum, including the theater seating.

The greatest names in wrestling are recognized in the John T. Vaughan Hall of Honors. The walls of the Distinguished Members room are lined with the iconic granite plaques that have been presented to honorees since the Hall of Fame opened in 1976. Guests can view memorabilia as well as use electronic kiosks to see biographies and photographs.

A life-size green marble statue, a copy of the classic Greek artwork “The Wrestlers” by Cephisodotus, creates an awe-inspiring moment as visitors enter the Distinguished Members gallery. The original statue is located in the Uffizi gallery in Florence, Italy, and the NWHOF’s version perfectly complements the 180 Distinguished Member plaques displayed in the room.

One of the most popular new features is the opportunity to watch NCAA Championship matches from the 1930s to present day. Visitors can choose matches by year, wrestler or school, allowing them to watch some of the most exciting moments in wrestling on a big screen. Many of these videos are not available to the public except at the NWHOF.

The William S. Hein Library houses wrestling books from around the world, historical documents, including NCAA guides and results, and bound copies of Amateur Wrestling News dating back to 1956.

Wrestling truly is for everyone and the diversity and accessibility of the sport continues to be highlighted through exhibits featuring females, African Americans, Native Americans, and Latino Americans.

The United World Wrestling Hall of Fame area features an electronic kiosk with photographs and biographies of inductees as well as memorabilia from international honorees.

There is also a visitor lounge with a window mural of a wrestling match from the 1960 Olympics contested outdoors in the Forum in Rome, Italy.

The Paul K. Scott Museum of History showcases a portion of the largest collection of wrestling artifacts and memorabilia in the world, including the most collegiate and Olympic wrestling uniforms, and portraits of every United States wrestling gold medalist.

Interactive exhibits feature wrestling moves and a glossary of lingo, as well as a wheel with high school facts and rotating circles providing information about United States Presidents who wrestled.

“There’s something for everyone. For the person who doesn’t know a thing about wrestling, we provide interesting facts and information to help them learn about our sport. For those in the wrestling community, who are very knowledgeable, we give an opportunity to dig a little deeper and gain even more knowledge,” said Smith.

“When you visit the Museum, you will sense not only the hallowed ground for those enshrined in the Hall of Fame, but also the passion of our donors who support this institution.”

For more information on the National Wrestling Hall of Fame & Museum, please visit www.nwhof.org or telephone (405) 377-5243. 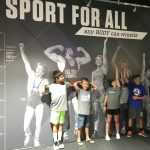 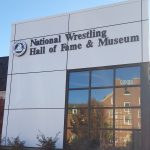 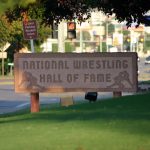 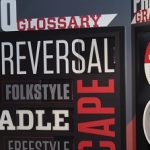 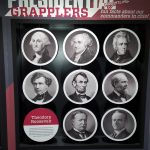