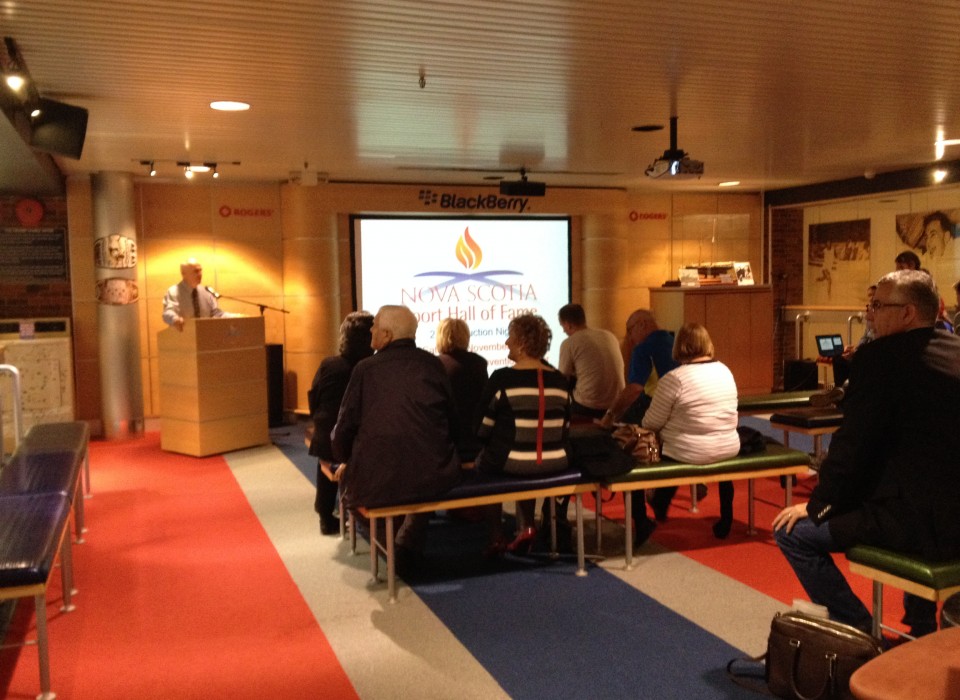 On June 16th, the Nova Scotia Sport Hall of Fame announced eight new additions to the Hall of Fame, all of whom will be recognized at the Induction Awards Night on Saturday, November 1st at the World Trade and Convention Centre in Halifax.

This year’s athletes include Theresa MacCuish, Richard G. Munro, Ken Poole, Kevin Dugas, andthe late Scott Fraser. Theresa graduated Saint Francis Xavier as the all-time leading scorer in CIS women’s basketball, and Richard never lost a race during his five years at Dalhousie when he topped the podium at every Atlantic and national university track meet he attended. Ken will be inducted for a long string of badminton victories including a silver medal at the Commonwealth Games and a finalist position at the U.S. Open, and Kevin will be enshrined for more than 3 decades of golfing victories including 16 Atlantic Canadian PGA Championships. Stock car racer Scott hadmany first-place finishes throughout the Maritimes and the U.S., where he out-raced drivers from across the province and around the world.

Dr. Cathy Campbell and Anthony Hall will be inducted in the builder category. Cathy has dedicated years to bettering national soccer teams with her knowledge in sports medicine while also coaching one of the province’s greatest track stars, and Tony has led canoe and kayak teams to unprecedented success while training some of Nova Scotia’s finest Olympic and World Champion paddlers.

This diverse inductee class is rounded out by the 1998 Truro Bearcats Hockey Club, a team that will be forever remembered for giving Nova Scotia its second-ever Allan Cup win after more than six decades of waiting. 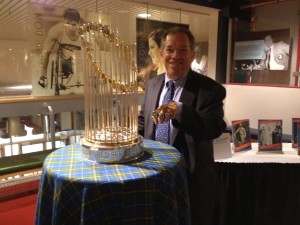 On June 5th, the Bluenose Bosox Brotherhood and Nova Scotia Tourism Agency brought the MLB World Championship trophy to the Hall of Fame for a public viewing. Four hundred people passed through the Hall that day, and visitors were able to have their photo taken with the trophy and with Executive Vice President & Senior Advisor to the President of the Red Sox Dr. Charles Steinberg, who brought his collection of World Series rings. There are three former MLB players inducted in the NS Sport Hall of Fame.