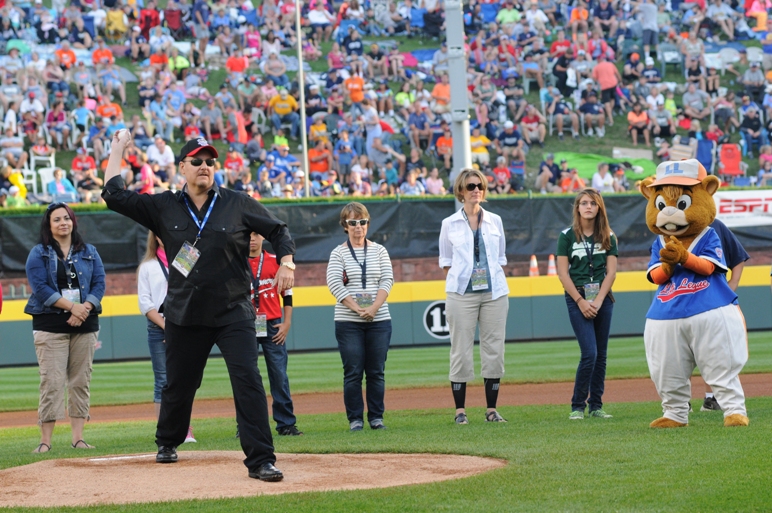 South Williamsport, Pa. (August 14, 2014) – Nationally-celebrated pop artist Charles Fazzino, has created officially licensed works of art for 14 NFL Super Bowls, 11 MLB All-Star Games, and many other major sporting and cultural events. His creation – in celebration of the 75th Anniversary of Little League® was unveiled at the World of Little League: Peter J. McGovern Museum and Official Store Viewing Plaza on Saturday, Aug. 16. The artwork was installed and is on permanent display at the World of Little League in the World Series Gallery presented by Easton Foundations.

Through the support of the First Community Foundation Partnership of Pennsylvania (FCFP), Mr. Fazzino held a series of educational workshops for students and teachers from Lycoming and Sullivan County school districts in Pennsylvania to work on the official artwork for the 75th Anniversary of Little League in February 2014.

The visit also kicked off the work of fifth grade classes in Lycoming and Sullivan Counties to create their own Pop Art Project, and an art contest for the high school students in the same school districts. The artwork created this past school year is currently on display with Mr. Fazzino’s work for the exhibit Collective Pop at The Gallery at Penn College on the campus of the Pennsylvania College of Technology. The exhibit was on display through Aug. 24, with a special “Meet the Artist Reception” on Monday, Aug. 18.

More information on the project can be found here: http://www.littleleaguebiglegacy.com/page59601.aspx 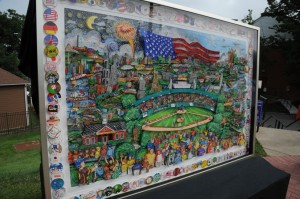