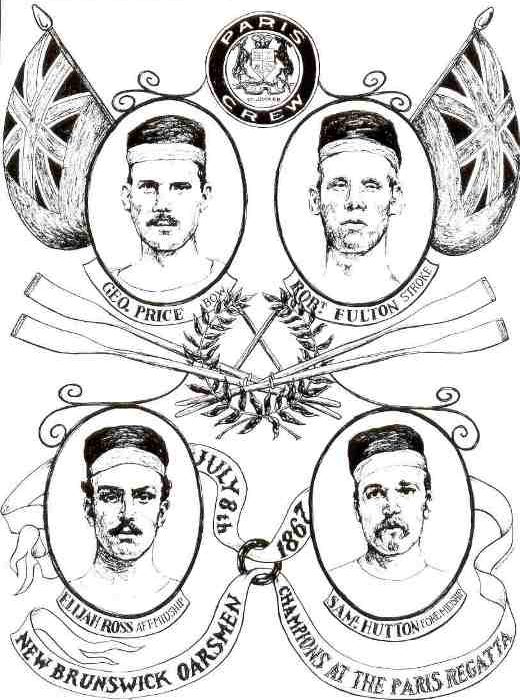 This exhibit will mark the 150th anniversary of the Paris Crew’s victory in Paris, France on July 8, 1867 and is timed to overlap with celebrations to mark the 150th anniversary of Canadian Confederation in 2017. It will explore the many fascinating perspectives of  the Paris Crew story from their early beginnings competing in West Saint John, New Brunswick through to Paris and beyond to competitions in the United States. It will examine the history of rowing in New Brunswick and the many connections between the Paris Crew members and other Honoured Members of the NB Sports Hall of Fame. It will also draw connections to the Paris Crew’s Irish roots and Irish immigration to New Brunswick in the mid 19th century. The exhibit will explore the Paris Crew’s relationship to the Royal Kennebecasis Yacht Club and the little known, but tragic stories of the British Rower, James Renforth, after whom Renforth, NB is named. Renforth drowned on the Saint John River while competing against the Paris Crew in an 1871 rematch. In addition, we’ll hear about the untimely death of Elijah Hutton and seven others on the ill-fated sailboat Primrose during a competition for the Corporation Cup in 1894.