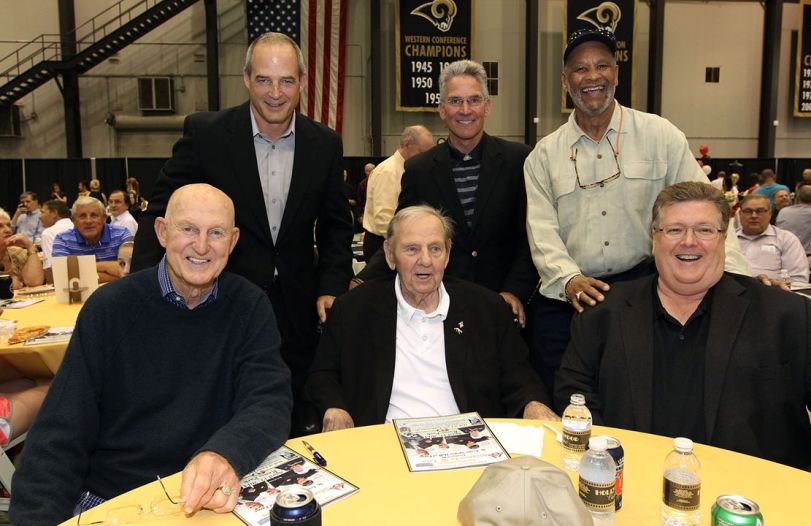 The St. Louis Sports Hall of Fame has been busy the last few months and will continue that trend in the coming months.

The St. Louis group just completed its highly successful “Salute to Mizzou in St. Lou.” Some 450 people jammed into Rams Park, the indoor practice facility of the NFL St. Louis Rams, at which three long-time University of Missouri legends were inducted into the HOF:

• John Kadlec, who has been an assistant football coach and broadcast analyst during a five-decade tenure at Mizzou.

• Johnny Roland, an All-America running back and defensive standout who performed in the ’60s and went on to gain Rookie of the Year honors while playing running back for the old St. Louis Football Cardinals.

Also honored at the event were:

• Current Mizzou football coach Gary Pinkel, who received the Sportsman of the Year Award for Outstanding Achievement in Sports for directing the Tigers to a 2013 Southeastern Conference (SEC) East Championship and going on to defeat Oklahoma State in the Cotton Bowl.

• Mike Alden, the university’s athletic director, who received the August A. Busch Jr. Award for Excellence in Sports Business for his run of successes during his 16-year tenure as Mizzou A.D., including bringing the Tigers into the SEC.

• The 1981-82 and 1982-83 Mizzou basketball teams, which were perhaps the best teams produced under Coach Stewart. In attendance were several players from those teams, including Steve Stepanovich, who was the No. 2 player taken in the NBA draft by the Indiana Pacers.

But the St. Louis Sports Hall of Fame doesn’t have long to rest on its laurels.

The group’s 4th annual Celebrity Golf Classic is scheduled June 26 at Glen Echo Country Club, which was home of the 1904 Olympic golf tournament. The event not only celebrates the course’s 110-year anniversary of hosting the event, but also will be unique to the St. Louis HOF, which will induct the first establishment, other than a person, into its Shrine.

Golf was an “official” competition of the 1904 Olympics. Glen Echo, which opened in 1901, is the oldest country club west of the Mississippi. We will honor the club by inducting it into the Sports Hall of Fame for its contribution to sports history in St. Louis.

Along with taking in the series between the Cardinals and Baltimore Orioles at Camden Yards, stories of the old rivals will be the order of the day during the weekend.