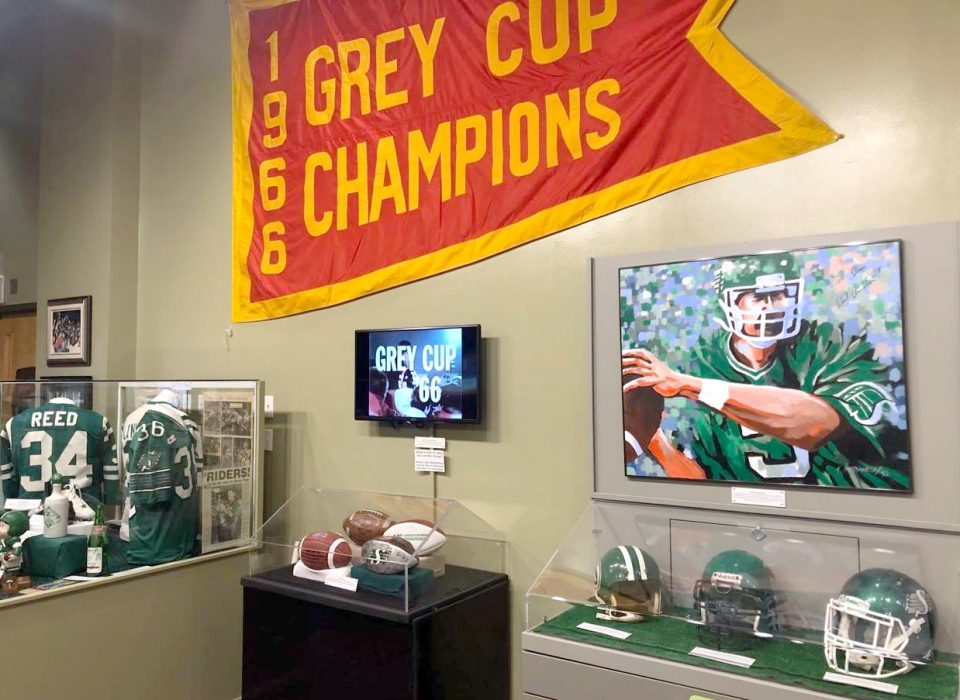 The Saskatchewan Sports Hall of Fame won a pair of prestigious awards in June for their Never Give Up educational program.

For the second year in a row, the SSHF was honoured with the Canadian Association for Sports Heritage’s CASH Award of Excellence. Two weeks later the Museums Association of Saskatchewan (MAS) also honoured Never Give Up with the MAS Award of Merit – Institution (budget over $100,000).

Never Give Up is targeted toward at-risk students in Grades 4-8 and involves SSHF inductees who have overcome obstacles and hardships to achieve their own personal goals in sport and life. The students benefitting from this program represent a range of diverse life experiences and thus, so too do the presenters who currently include a war refugee, an amputee, and three Paralympians.

Never Give Up hit its stride in 2021 when the Covid-19 pandemic required that all education programming be conducted virtually. Over the 24 sessions (six weeks in May/June and six weeks in October/November), the program reached 35 different communities and a total of 2,047 participants.

The SSHF’s new featured exhibit Fanfare debuted in June. Billed as a celebration of football, the exhibit highlights items in the collection from Saskatchewan’s Grey Cup-winning teams and the Grey Cups that have been hosted in Regina as the Canadian football championship game returns to the province in November. Fanfare also features the debut of some of the footage from the 16mm film reels that were digitized in the past year.