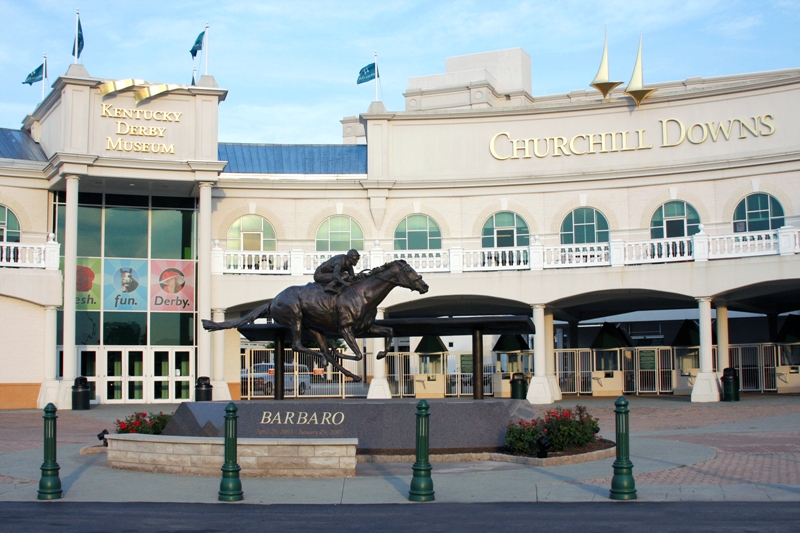 The Winner’s Circle exhibit, updated each season to reflect the look and feel of our Kentucky Derby winner, will be on display with a replica horse made to resemble American Pharoah, right down to his silks and shoes. American Pharoah will also be featured in Capture the Moment, which greets guests as they enter the Museum lobby and gives guests a sense of what Derby day was like through photography and video.

“The Greatest Race,” the Museum’s 360-degree film that brings the Kentucky Derby story to life, will feature American Pharoah and his epic journey to the Finish Line. American Pharoah will also be added to our timeline honoring all past Kentucky Derby winners and video of his win will be available inside the Warner L. Jones Time Machine.

The D. Wayne Lukas Gallery is the primary area dedicated to educational programming presented by the Museum. The Education Department strives to promote the Kentucky Derby to all ages, and uses the race as a connector to teach content in math, social studies, language arts, science and music to over 60,000 students annually. A former educator, Lukas represents qualities the Education Department strives to achieve through his love of Thoroughbreds and success in the racing industry.

A native of Wisconsin, Lukas has four Kentucky Derby victories among his many accomplishments: Winning Colors (1988), Thunder Gulch (1995), Grindstone (1996) and Charismatic (1999).  Lukas originally was a teacher and basketball coach prior to starting his Thoroughbred career by training quarter horses, and is still affectionately known as “The Coach” among his peers and fans. He is also known for taking a child to the Winner’s Circle to share in the biggest moments of his career.

“The Greatest Race,” the Kentucky Derby Museum’s 360-degree high-definition film, will receive an extensive makeover and upgrade during the 2015 season.

The film will follow the same basic format as the original, which provides all the action and brings the Kentucky Derby story alive for the Museum’s 200,000 annual visitors. Shooting took place during the 141st running of the Kentucky Derby using 4k projectors, an increase of five times to the original, with enhanced acoustics and display to accompany updated scenes and stories from recent winners. Once “The Greatest Race” is completed, it will be the largest 4k video display by pixel count in the world