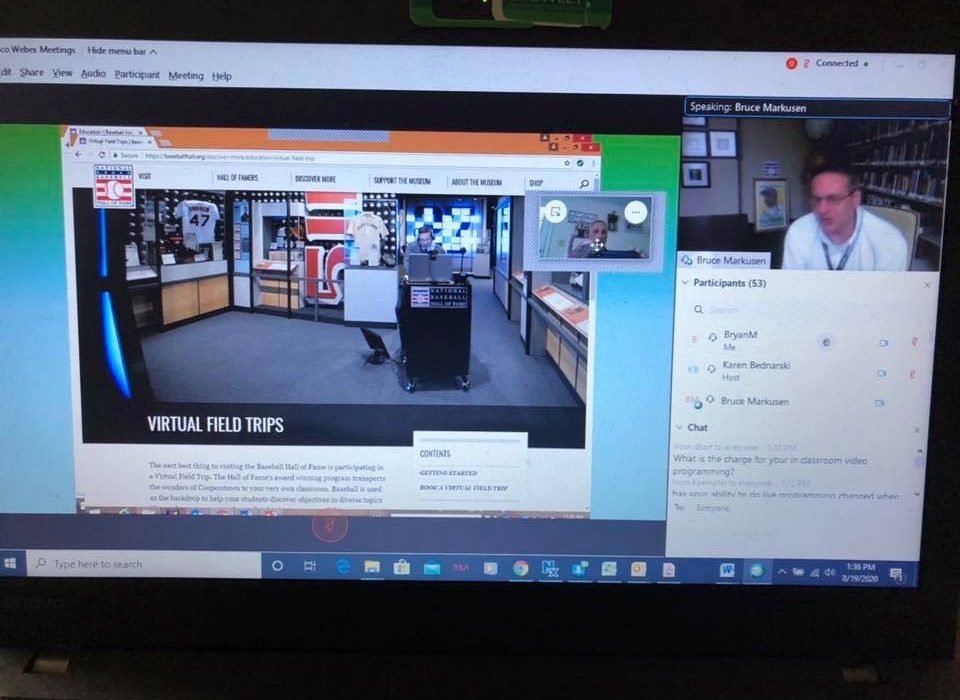 With the Covid-19 pandemic dramatically impacting the world and forcing the postponement of the 2020 International Sports Heritage Association (ISHA) conference scheduled for October at the International Tennis Hall of Fame in Newport, R.I., ISHA moved to a virtual mini-conference.

Over two days, on August 18-19, ISHA hosted four educational sessions with a focus on operating sports heritage facilities during this unprecedented time.

“The conference committee was able to pivot and move from an in-person conference scheduled for October to the virtual sessions we hosted in August,” conference committee chairperson Jordan Poland said. “We felt like it was important to schedule those sessions sooner than October as our members have either recently re-opened or are planning to do so soon. The sessions were related to the times in which we find ourselves living.”

The virtual conference included sessions on fundraising and the future of hands-on exhibits on the first day while shifting to re-opening protocols and virtual education experiences on the second day.

For links to the recorded sessions, visit ISHA University here.

Former ISHA president Peter Webster and President and CEO of Toronto’s Santa Claus Parade presented on fundraising during uncertain times. Session two focused on technology and the future of hands-on experiences with John Roberson from Advent and Brad Baer from Bluecadet presenting. Day two started with Dana Hart from the Women’s Basketball Hall of Fame and John Doleva from the Naismith Memorial Basketball Hall of Fame presenting about re-opening under different state guidelines and safety protocols. The sessions ended with Bruce Markusen from the Baseball Hall of Fame and Jacob Ray from the Pro Football Hall of Fame explaining their virtual education offerings and processes. The conference officially ended with a Wednesday night virtual social.

“We’d like to thank all our presenters who were incredibly helpful,” Poland said. “We had outstanding participation from our members around the world and the sessions were incredibly informative and a great success.”