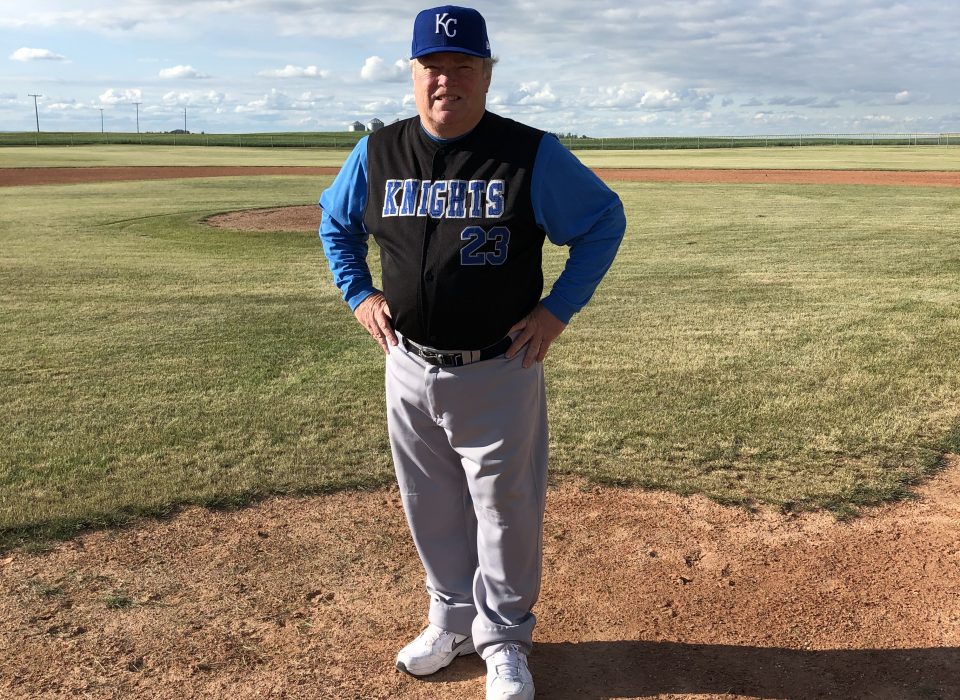 Fred Curts is the reason there is senior baseball in Holdfast! Driving into this small community the first thing you see are the three [3] beautiful baseball diamonds, particularly the senior diamond. Credit for this goes to Fred Curts for the numerous volunteer hours he spends weeding, trimming, edging, watering and spraying Holdfast’s baseball diamonds.

In 1993 he approached the Knights of Columbus to sponsor a baseball team. Thus, the Holdfast Knights took to the diamonds. Since that time, Fred has coached Pee Wee, Bantam and Midget baseball in both AA and AAA divisions.

Over the years following, many of these teams were League Champions, Provincial Finalists and Provincial Champions.

Being very knowledgeable and technical, his teaching is very thorough, going to great lengths to correct swings, batting stances, throwing and running bases. He tries to instill his passion for the game into the players. To Fred, playing baseball is a privilege.

“Fred Curts is considered the “Champion” for the sport of baseball in Holdfast and surrounding area.” Dale Measner, Ministry of Parks, Culture and Sport, Regina. [2011]

“Fred Curts spent countless hours working on the baseball diamond to make it an impressive playing field that rivals most city diamonds, as well as building Holdfast into a baseball town with his creation of successful teams in very competitive leagues.” Marty Metz [2011]

“Fred Curts was instrumental in providing the town with a great baseball diamond for teams to enjoy years to come.” Dale Measner [2011]