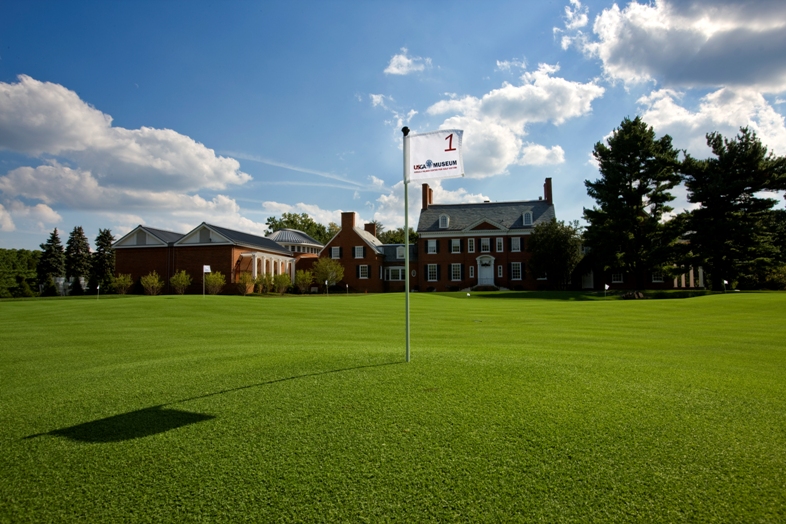 The USGA Museum will host the 2014 African American Golf History Symposium on Saturday, Feb. 22, 2014, from 10 a.m. to 5 p.m. The symposium will be held in conjunction with the opening of the Museum’s newest exhibit, “More Than A Game,” which focuses on the creation of African-American golf clubs during the Jim Crow era and their positive impact on communities across the country.

The exhibit’s centerpiece is the story of the late William “Bill” Powell and the Clearview Golf Club. Founded in 1946 in East Canton, Ohio, it is the only public golf course in the United States designed, built and owned by an African American. “More Than A Game” celebrates the contributions of Powell and the other men and women who made sacrifices in an effort to realize their dream of equality on the greens. Also included is a short film produced by Dan Levinson of Moxie Pictures that portrays this inspiring story of passion and social justice. Levinson’s previous work includes the award-winning documentary Uneven Fairways, which premiered on Golf Channel in 2009.

The symposium will feature discussions with Bill Powell’s daughter, Renee Powell, who played on the LPGA Tour for many years and is currently the golf professional at Clearview; 12-time PGA Tour winner Calvin Peete, National Black Golf Hall of Fame member Bill Bishop and United Golfers Association champion Madelyn Turner. Attendees will have an opportunity to view the exhibit in the USGA Museum.

The symposium is free and open to the public. Seating is limited and offered on a first-come, first-served basis. Those interested in attending should R.S.V.P. by contacting the USGA Museum at 908-234-2300, x1057.

Clearview’s existence is a testimonial to the vision, determination and integrity of Powell, who overcame the pervasive prejudice and racism of the period in the pursuit of his dream. Powell, a U.S. Army sergeant in World War II, returned home from Europe and set out to build his own golf course in Ohio. Through his passion and determination, he overcame numerous obstacles to complete the nine-hole course, all while working another full-time job and helping to raise three children. Clearview is just one example of how African Americans have been an integral part of the American golf narrative since the beginning.

Artifacts that chronicle Bill Powell’s life are featured in the exhibit, including childhood photographs, his high school football helmet, dog tags from his military career, and a 1960s routing of Clearview Golf Club as Powell sought to expand the course to 18 holes. Visitors will learn about his humble beginnings, his introduction to golf and the profound impact the game had on his life.

Powell’s family has also been an integral part of Clearview’s legacy. His wife of 56 years, Marcella, chaired the UGA Junior Committee at both the state and national level and ran Clearview’s clubhouse until her death in 1996. Their children continue to work at the club, fostering the ideals set forth by Bill and Marcella. Renee was the second African-American member of the LPGA Tour and currently serves as the head golf professional at Clearview. Larry, who started cutting grass at the course at age 8, is now the course superintendent. In 2001, the Clearview Legacy Foundation was established to preserve the course for future generations, to develop improved facilities for teaching the game of golf, and to expand turfgrass research.

Powell’s Clearview Golf Club was not the only African-American golf institution founded in this era. As part of this exhibit, the USGA is honoring other clubs that made significant contributions to minority golf, including Shady Rest Country Club in Scotch Plains, N.J., home course of John Shippen; Langston Golf Course in Washington, D.C., home of the Wake Robin and the Royals Golf Clubs; and Freeway Golf Course in Sicklerville, N.J., home course of Bill Bishop. Also featured are significant trophies from the United Golfers Association, including the UGA Negro National Open Championship Trophy which was donated by Albert F. Harris in 1935.

During the past decade, the USGA became concerned that the history of minorities in the game, specifically African Americans, was not being actively preserved and was in danger of being lost to future generations. In 2010, the USGA jointly founded the African-American Archive with The PGA of America to address this concern. Utilizing the USGA’s Museum resources, a preservation initiative was begun and today the growing archive houses thousands of documents, hundreds of artifacts and many oral histories. “More Than A Game” is the third exhibit in the USGA Museum since 2010 to celebrate minority golf stories.