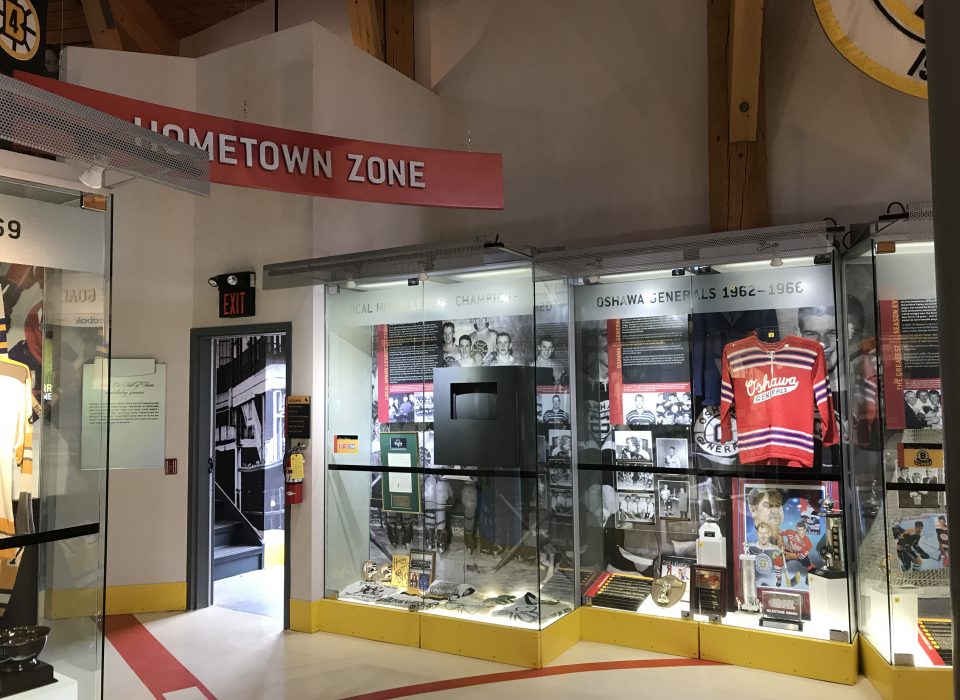 The Town of Parry Sound is thrilled to announce that the Bobby Orr Hall of Fame will be receiving a grant of $494,250 from the federal Tourism Recovery Fund administered by FedNor. The funding will cover 75% of the total costs of completely re-designing the permanent exhibition at the Hall of Fame.

The Bobby Orr Hall of Fame opened its doors in 2003 and has far exceeded the expected lifespan of an exhibition of its kind. Interactive elements that were ground-breaking then have begun to show their age and have been eclipsed by new technology and exhibition innovations. This project will encompass a complete re-design of the exhibit space to allow for a more diverse interpretation of the sport heritage of Parry Sound in formats that will be accessible to a diverse audience. Additionally, as the number of visitors who remember watching Bobby Orr play in the NHL decreases, we want to make sure we are interpreting the story of his career and exceptional athletic achievements in a way that everyone can understand and appreciate.

Additionally, the new exhibition will address the Truth and Reconciliation Commissions’ Call to Action #87 to provide public education to tell the stories of Aboriginal athletes in Canadian history. Parry Sound is located on the traditional territory of the Anishinabek people as recognized in the Robinson-Huron Treaty of 1850. Three inductees into the Hall of Fame hail from Wasauksing First Nation, Barry “Hawk” Tabobondung, Les Tabobondung and Bob Rice.

In December 2021, Council for the Town of Parry Sound established a Bobby Orr Hall of Fame Exhibition Ad-Hoc Committee who are providing feedback and input into the content and design of the new exhibition. In March, an exhibition design and fabrication team consisting of exhibition fabricators Kubik Maltbie, design firm WeatherstonBruer Associates, and Lord Cultural Resources will handle interpretive planning, research and content writing. This team has worked extensively together, examples of their past projects include the NASCAR Hall of Fame in Charlotte, North Carolina, and newly opened Brian Mulroney Hall at St. Francis Xavier University in Nova Scotia. Planning work is well underway, the interpretive plan and concept design will be presented to Council for approval in the coming weeks.

Hall of Fame Curator Caitlin Dyer noted that “This is an exciting project for the Bobby Orr Hall of Fame, and I look forward to sharing our vision for the new space with the public as we move this project forward.”

As the town’s representative on the Bobby Orr Hall of Fame Exhibition Ad-Hoc Committee, I would like to express, on behalf of the Mayor and Council, our gratitude to the Ontario government for their generous financial support via FEDNOR for this very important project.  It would be nearly impossible for us to finance this project without this generous FEDNOR grant.  This is an exciting project that will, hopefully, continue to make the Bobby Orr Hall of Fame a popular attraction and destination for area residents and visitors for many years to come.  Roger Burden – Parry Sound Town Council.

The existing Hall of Fame exhibition will close to the public in the Fall of 2022 to allow for the packing and storage of the artifacts on display and preparation for the construction which is scheduled to happen through the winter. The new exhibition will open to the public in the spring of 2023, just in time for the 20th anniversary of The Charles W. Stockey Centre and Bobby Orr Hall of Fame. A grand re-opening celebration is planned for next summer.

With a national budget of $500 million, including $485 million for regional priorities administered by Canada’s Regional Development Agencies and $15 million for national priorities administered by Innovation, Science and Economic Development Canada, the Tourism Relief Fund is part of the billion dollars in tourism support announced in Budget 2021.

The remaining funds required to complete the project are being sought through additional grant funding, sponsorships, and a contribution from the Bobby Orr Hall of Fame Special Projects Reserve Fund. To find out more about the project as details are released, the public can visit our website where a dedicated page has been set up for project updates and sign up to receive our e-newsletter.

About the Bobby Orr Hall of Fame