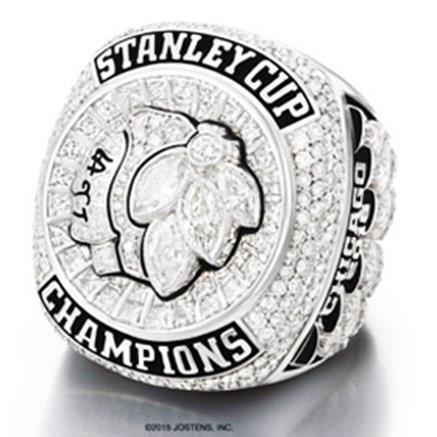 “We are very grateful to the Blackhawks organization, especially, Rocky Wirtz, John McDonough, Jay Blunk, Stan Bowman, Al MacIsaac and Norm Maciver,” said Pritchard. “The 2015 Championship ring makes a great addition to the Stanley Cup Championship display. Our guests, who visit us from around the world, will be thrilled to be able to view it.“