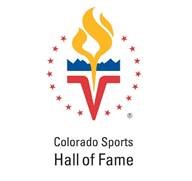 DENVER — The Selection Committee of the Colorado Sports Hall of Fame voted six individuals — including Ed McCaffrey, Carol Callan and Chuck Williams — to be inducted at the 57th annual banquet, set for May 4 at the Hilton Denver City Center (1701 California St.).

Ed McCaffrey has been a fixture on the Colorado sports scene for most of the last quarter-century, first helping the Broncos win two Super Bowls in the late 1990s, then as a head coach at Valor Christian and now at the University of Northern Colorado.

McCaffrey played nine seasons for the Broncos (1995-2003) and 13 overall in the NFL. After winning one Super Bowl ring with the San Francisco 49ers, he earned two in Denver, including Super Bowl XXXIII, when he caught five passes for 72 yards. Overall for his NFL career, he had 565 receptions for 7,422 yards and 55 touchdowns, with 462 receptions, 6,200 yards and 46 TDs coming with the Broncos. He was selected a Pro Bowler in 1998 and was named to the Broncos 50th anniversary team.

After his playing career, McCaffrey has long run a summer football camp, coached Valor Christian to the 5A state high school title in 2018, then was named head coach at UNC in December 2019. Ed and Lisa McCaffrey’s four sons have all been football standouts, including Christian McCaffrey, a mainstay of the Carolina Panthers’ offense since 2017.

Carol Callan recently concluded her stellar 25-year run as women’s national team director, fittingly as the Americans won the gold medal at the Olympics in Tokyo. It was the seventh Olympic gold medal — to go along with five world championships — with Callan steering the ship. The gold-clinching 90-75 victory over Japan marked the 55th consecutive win in Olympic competition for the Americans.

Though Callan has stepped down as team director, she remains president of FIBA Americas. “She’s been the heart and soul of the women’s national team,” USA Basketball CEO Jim Tooley said. “She’s a selfless person with no ego. She’s been a great mentor and leader and example for women’s basketball. She has a great passion for it. She makes it so that the players just have to play and the coaches just have to coach and that’s where the selflessness comes in. That’s why she’s been so successful.”

Callan is a former girls basketball coach and athletic director at Fairview High School, leading the Knights to a state title as a coach. She’s also long served as an analyst on radio for University of Colorado women’s basketball.

Callan recently was inducted into the Women’s Basketball Hall of Fame.

Chuck Williams was a standout athlete in basketball, football and track at Denver East and helped the Angels win state titles in basketball (1964) and football (1963). He stayed in state to play basketball at CU, earning three letters (1965-68). As a Buff, he averaged 11.8 points and 4.3 rebounds, upping his norm to 18 points per game as a senior, when he earned All-Big Eight honorable mention honors.

Williams has been inducted into the Halls of Fame for CU athletics, the Colorado High School Activities Association and Denver East.

After being selected in the sixth round of the 1968 NBA draft by the Philadelphia 76ers — but beginning his pro career in the ABA — Williams played eight seasons in the ABA/NBA, being named an ABA All-Star twice. He played — in separate stints — for both the Denver Rockets and the Nuggets. Overall for his pro career, Williams averaged 10.8 points and 4.5 assists per game.

Darnell McDonald is considered one of the top all-around high school athletes Colorado has ever produced. Competing in football and baseball, he led Cherry Creek to three consecutive state titles in both sports in the late 1990s.

In just three football seasons, McDonald rushed for 6,121 yards and scored 83 touchdown. On the diamond, he started for four years and hit .581 with 15 home runs as a junior and .606 with 10 homers as a senior, earning national baseball player of the year honors from Baseball America. Twice he was named the Colorado Sports Hall of Fame’s High School Athlete of the Year.

Faced with a tough decision on which sport to pursue after high school, McDonald passed on a football/baseball offer from the University of Texas, choosing to sign with the Baltimore Orioles organization. He ended up playing parts of seven seasons in the major leagues, hitting .250 with 20 home runs and 83 runs batted in in 331 games.

Roger Kinney was a pivotal player in bringing the 1990 NCAA basketball men’s Final Four to Denver’s McNichols Arena and also helped behind the scenes in efforts to lure a Major League Baseball franchise to Colorado.

Kinney led the Denver Organizing Committee from 1986-90, which led to the 1990 NCAA Final Four, two NCAA Regionals and the Mile High Classic being played in Denver.

As an athlete himself, Kinney played baseball at Denver East and CU, winning the 1955 Denver prep batting title with a .429 average.

DaVarryl Williamson didn’t formally taking up boxing until age 25 after playing football at Wayne State in Nebraska, but once he did get in the ring, she shined.

Williamson ended up winning 10 national titles and posting a 120-17-1 record, with 103 knockouts, in the amateur ranks. Twice he claimed a championship in National Golden Gloves (1996 and ’99) and he was the United States national heavyweight champion from 1996-98. He earned a silver medal at the 1998 Goodwill Games and was the first alternate for the U.S. Olympic boxing team in 1996. With a powerful right hand, he earned the nickname “Touch of Sleep.”

Williamson turned pro at age 32 and racked up a 27-8 record, with 23 knockouts. Williamson grew up in Washington D.C., but now resides in Aurora. He was the first heavyweight contender from the Denver area since Ron Lyle in the 1970s.