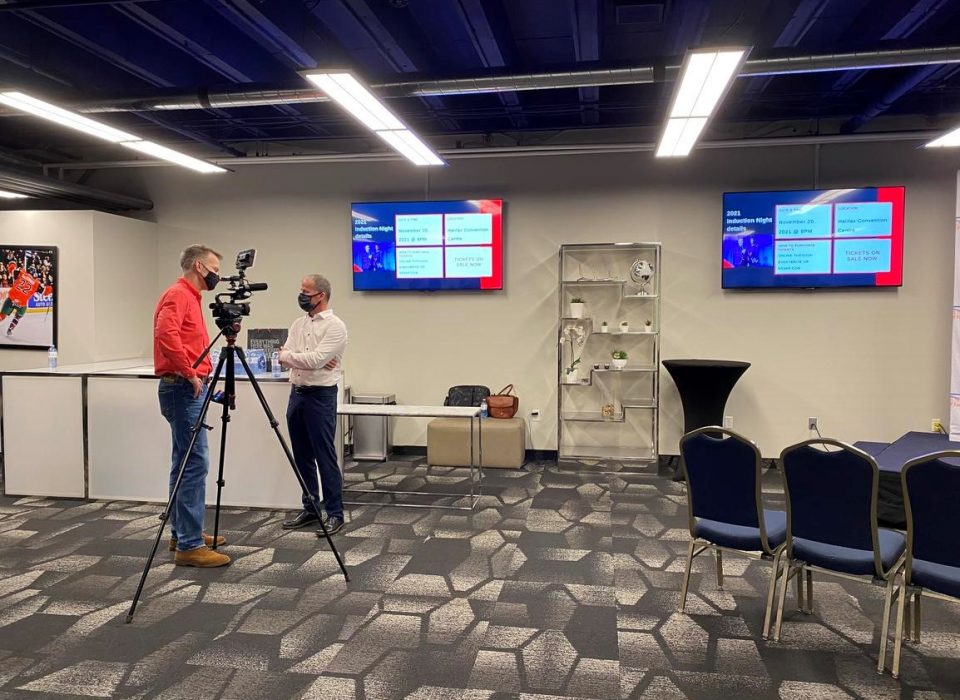 The Nova Scotia Sport Hall of Fame will be honouring the 2021 inductee class on Saturday, November 20 at the Halifax Convention Centre. Four athletes, one team and two builders will be celebrated for their outstanding contributions to Nova Scotia sport.

These inductees include two Olympians, two stand-out players from legendary teams, two beloved builders who both made a difference for athletes of different abilities, and one team that won an iconic Canadian championship.

Due to the unprecedented circumstances surrounding COVID-19, the Hall of Fame postponed Induction Night after announcing this class of inductees in Spring 2020, choosing to forego a virtual induction and wait until a ceremony befitting of the inductees could be delivered in person. The Hall is confident that, working with the Halifax Convention Centre, it can ensure a safe event that follows all public health guidelines.

Induction Night 2021 will be hosted by long-time event emcee, Hall of Fame CEO and CBC broadcaster Bruce Rainnie, and, thanks to an exciting partnership with Eastlink Community TV, the ceremony will again be broadcast live.

The event has a new start time of 8pm. Tickets are available for purchase online through Eventbrite and nsshf.com— $40 for adults, $10 for students, and children 12 and under are free.

Here is a closer look at the Nova Scotia sport heroes who make up the new class:

Richard Dalton, Paddling, Cork, Ireland: Dalton made it to the podium at national and international sprint canoe events an impressive number of times. In a career spanning two decades, he won gold at the national senior men’s championships 24 times, and placed first on the World Cup circuit 9 times. A competitor at the 2004 Olympics and gold medallist at the 2011 Pan American Games, he represented Canada at the Senior World Championships nine times, bringing home three bronze medals.

Todd Hallett, Rowing, Shelburne: A champion in both the men’s single and double sculls rowing events, Hallett competed at the 1992, 1996 and 2000 Olympic Games. He also won bronze at the 1991 Pan American Games, and expanded his rowing repertoire to bring home silver with the “Men’s Eight with Coxswain” team at the 1994 Commonwealth Rowing Championships. He represented Canada at the World Rowing Championships five times, and is a three-time recipient of the Sport Nova Scotia Outstanding Achievement Award.

Ted Upshaw, Basketball, Three Mile Plains: Inducted to the Nova Scotia Sport Hall of Fame with the 1977 Acadia Axemen National Championship men’s basketball team, Upshaw is also an outstanding individual athlete. He still holds the record at Acadia for the most regular season points (1,563) and field goals (664). AUAA MVP in 1981, he was also a three-time AUAA All-Star, two-time All-Canadian, and led the CIAU in scoring AND rebounding in 1981 with 29.1 ppg and 10.2 rpg. He was a member of Canada’s Senior Men’s National Team program from 1976 to 1980.

Brian Todd, Sailing and Para-Sailing, Halifax: The head coach and technical director at Sail Nova Scotia from 1991 to 1999, Todd has coached athletes at 50 National Championships, 29 World Championships, 29 North American Championships, 2 Paralympic Games and 1 Olympic Games. He has also coached at the Canada Games and Pan American Games, and served as coach for the Canadian windsurfing team, and head coach for the Canadian Youth Sailing Team. A long-time member of the Sail Canada Learn to Sail Committee and current board member of the Para World Sailing Committee, Todd was recognized in 2004 when Sail NS created the Brian Todd Youth Sailor of the Year Award in his honour.