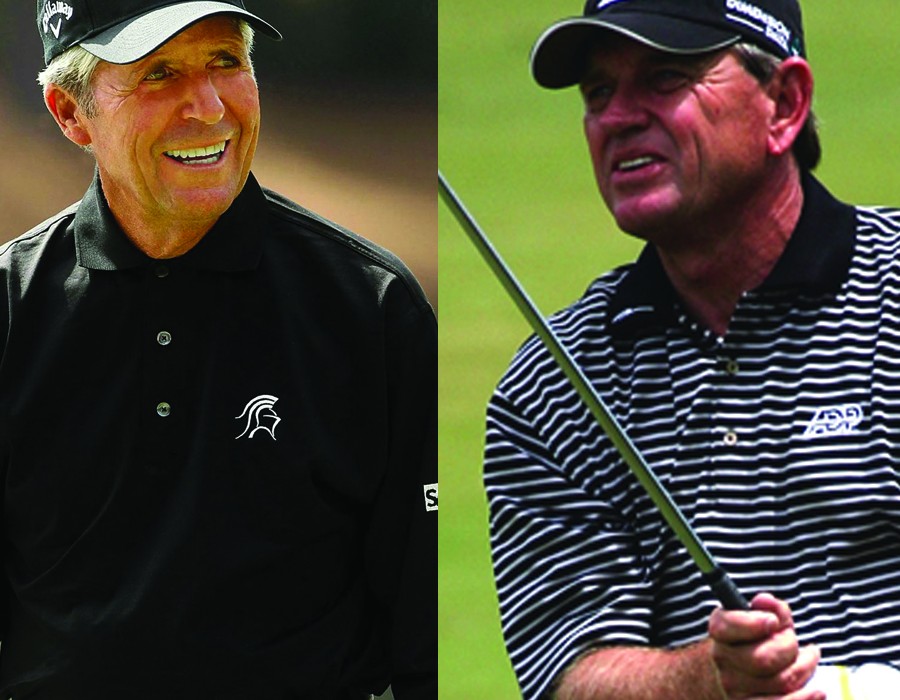 Two of golf’s greatest golfers of all time and one of St. Louis’ most prestigious country clubs will be inducted into the St. Louis Sports Hall of Fame during a special enshrinement ceremony on Monday, April 27, 2015, at the beautiful 1,000-seat Chaminade Skip Viragh Center for the Arts.

South African Gary Player, who topped off his 1965 Grand Slam by winning the United States Open in a playoff at Bellerive Country Club, and Nick Price, winner of the 1992 PGA Championship at Bellerive, will be honored along with Bellerive, which has hosted numerous other significant golf events at the club.

To qualify for the St. Louis Sports Hall of Fame, an individual or site, must have an area connection.

For Player, who is known as the “Black Knight” because of his signature black attire, and Bellerive, the year 2015 will mark the 50th anniversary of the Open championship. In all, Bellerive has hosted nine national golf championships.

In addition, a “local legend” in St. Louis golf, esteemed golf professional Dick Shapier, who has touched so many golfers over the years, will be inducted into the St. Louis Shrine. Shapier is credited with founding the concept for charities to raise money through golf tournaments. In fact, he has been involved with raising more than $25 million for hundreds of needy causes.  At one time, Shapier managed some 55 charity tournaments a year at Norwood Hills Country Club.

Also being honored that night will be two more “local legends” – Jim Holtgrieve and Ellen Port.  Besides their incredible playing records each coached a United States amateur team to a World Championship – Jim the mens’ Walker Cup team and Ellen the ladies’ Curtis Cup squad.

Two new awards also will debut on April 27. The Jim Holtgrieve Trophy and the Ellen Port Trophy will be awarded to a boy and girl between the ages of 17-21 from the metro area who have excelled on the course and in the classroom.  Those winners will be announced at a later date.

In addition, the great Lee Trevino has also been invited to be inducted for his 1972 St. Louis Open win at Norwood Hills and his participation in Junior League charity events here in the past.

Player, Price and Trevino will be participating in a PGA Champions Tour event the weekend prior to the induction.

A nationally known golf broadcaster will lead the discussion in our interview format at the enshrinement event.  The round-table conversation will be a golf fans dream evening!

Tickets for the 7 p.m. event will be available shortly and will be sold at the Chaminade Theater box office.  A limited number of sponsorships will also be available. More information about the event may be obtained by calling Kristie at 314-479-7100, or the St. Louis Sports Hall of Fame office at 314-753-1570.