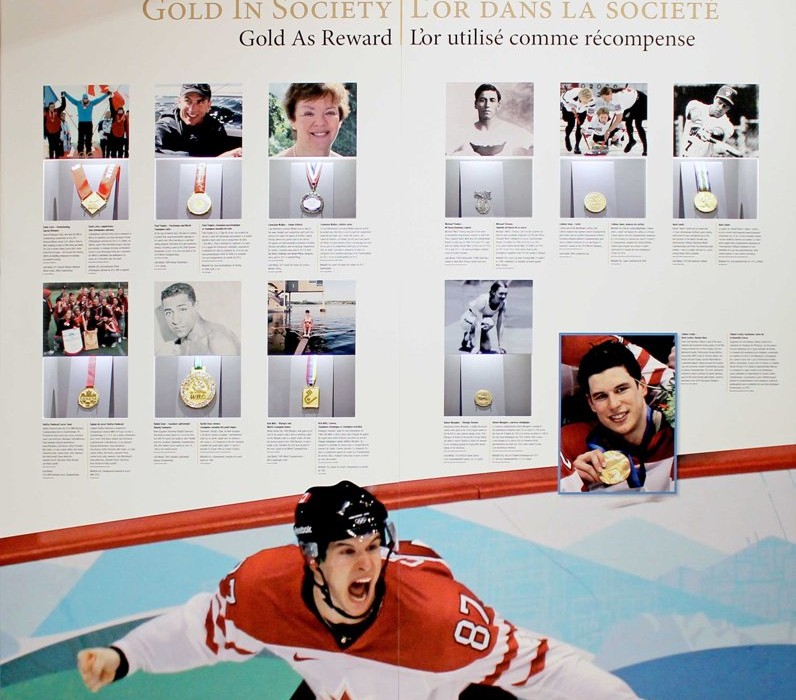 The full traveling exhibit, titled Gold: A Nova Scotia Treasure, opened in Stellarton at the Museum of Industry in November 2012, and the section featuring Nova Scotians who have won gold for achievement in sport arrived at the Hall of Fame on June 9. The sampling of medals represents Hall of Famers and Nova Scotia sport heroes who have claimed undisputed first place, and their stories are presented in a beautiful bilingual exhibit.

The Hall of Fame has also created a gold-themed scavenger hunt that ties the gold exhibit into the rest of the gallery exhibits and the Hall’s other “golden” artifacts. This activity will be available at the visitor information desk for the rest of the summer.