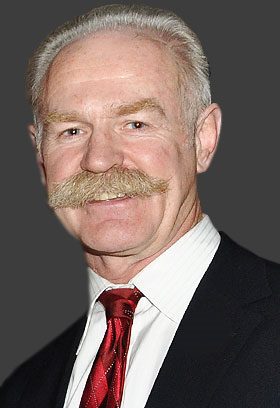 Jim Gregory, Vice-Chair of the Hockey Hall of Fame, announced today that one of hockey’s most renowned team leaders, Lanny McDonald, will become the next Chair of the Board effective July 1, 2015. This appointment to fill the vacancy left by the untimely passing of Pat Quinn on November 23, 2014, was confirmed at the Board of Directors meeting held this morning in Toronto with the effective date to occur following McDonald’s final meeting as a member of the Selection Committee in June.

“As a perennial supporter since his induction in 1992 and a member of the Selection Committee for the past nine years, Lanny is familiar with the affairs of the Hockey Hall of Fame just as the hockey world remembers his achievements during his outstanding playing career,” said Gregory.

“I am thrilled and honoured for this opportunity to contribute at the Board level in support of the best sports hall of fame and museum in the world,” said McDonald. “The Hockey Hall of Fame is a very special place to me, as it is to hockey fans of all ages.“