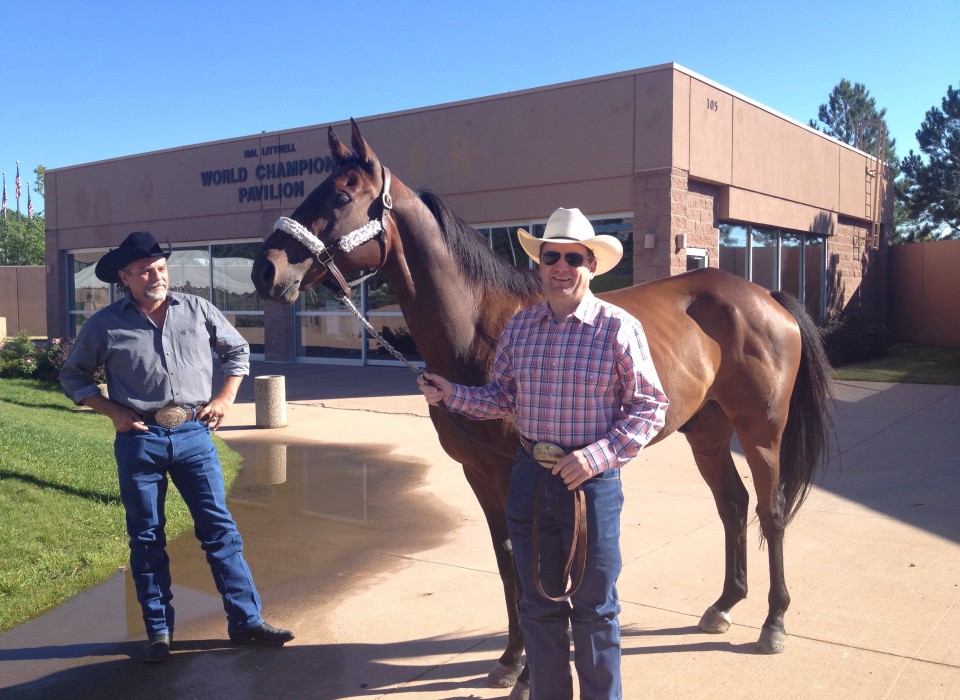 Visitors were able to view him and his Kentucky Derby trophy in the ProRodeo Hall of Fame Zoetis Barn and take photos. Admission was by regular museum admission price.

There were special screenings of the film “50-1” at the First & Main Town Center Cinemark, 3305 Cinema Point at 7 p.m. on both Wednesday and Thursday. Wednesday was the VIP reception with admission to the film, food from the Wobbly Olive and a photo opportunity with Mine That Bird for $40. The $10 movie-only package on Thursday included admission, a voucher for one small popcorn and a small soda, along with a chance to see Mine That Bird. Both programs benefited the USAFA Equestrian Center Warrior Wellness Program, which recognizes the healing qualities of horses. Service members from all branches can participate in the program as a way to cope with their mental and physical injuries, especially those that are combat-related.

Mine That Bird capped his Pikes Peak area visit on Saturday, Aug. 30 with an appearance at the Air Force Academy’s season-opening football game with Nichols State.