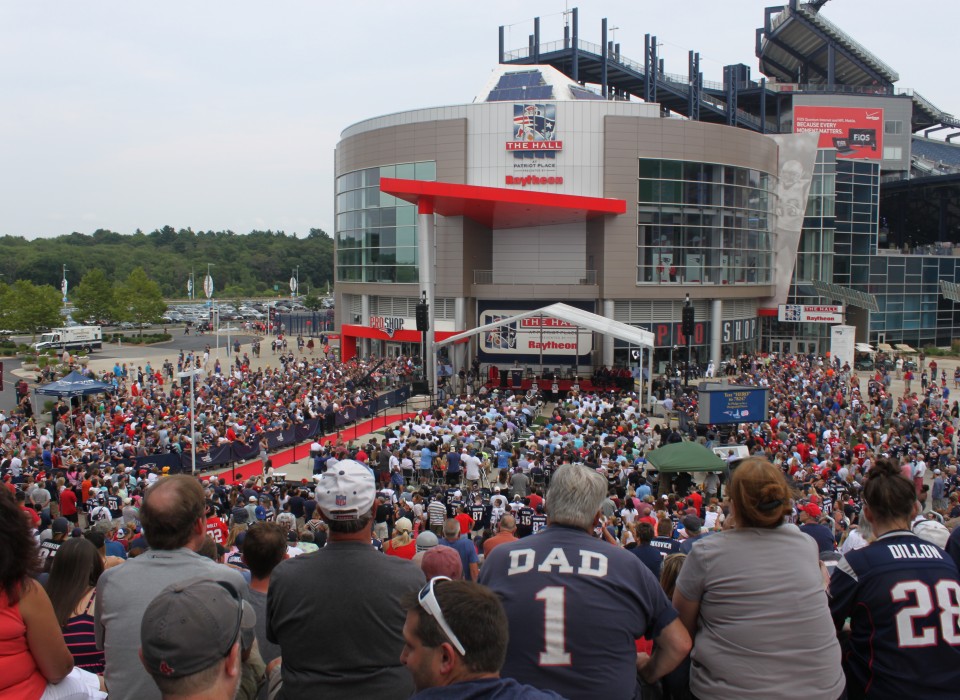 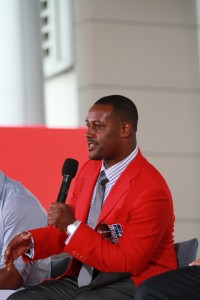 The Hall at Patriot Place presented by Raytheon inducted former cornerback Ty Law as its 22nd member of the Patriots Hall of Fame in an August 1 induction ceremony held on the NRG Plaza outside The Hall. Additionally. Law will be honored during a halftime ceremony at the Patriots Thursday night game on Oct. 16 against the New York Jets.

Law joins Tedy Bruschi (2013), Troy Brown (2012) and Drew Bledsoe (2011) as the only players to be selected by the fans into the Patriots Hall of Fame in their first year of eligibility.

“Ty Law was one of the greatest players in franchise history and one of the premier corners in the NFL during his Patriots career,” said Patriots Chairman and CEO Robert Kraft. “The fans have helped validate that with this year’s hall of fame selection. We have had an incredible run of success and the building blocks started with players like Ty. He was an important part of three Super Bowl championship teams. It will be an honor to bring Ty back to celebrate his career as he takes his rightful place in our team’s hall of fame. I am sure he will deliver another memorable moment during his hall of fame ceremony, too.”

In April, a 20-person nomination committee, comprised of media, alumni and staff, selected three candidates for consideration for the Patriots Hall of Fame. The three finalists were Law, Raymond Clayborn and head coach Bill Parcells. Fans had a month to vote on Patriots.com for the candidate they believed was most deserving of hall of fame consideration.

Law spent 10 seasons with the Patriots (1995-2004) after joining the team as a first-round (23rd overall) draft pick out of Michigan in 1995. Law was a three-time Super Bowl Champion (XXXVI, XXXVIII, XXXIX), a four-time Pro Bowl player (1998, 2001, 2002, 2003) and a two-time All-Pro (1998, 2003) during his tenure with the Patriots. Law tied RaymondClayborn’s career franchise-record with 36 interceptions and finished with the most interception-return yards in team history with 583. His six interceptions returned for touchdowns are also a franchise best. Law had nine interceptions in 1998 to become the first Patriots player to lead the NFL in that category. He was a playmaker who played some of his best games in the postseason. He helped lead the Patriots to their first Super Bowl title in 2001 when he intercepted a Kurt Warner pass against the Rams and returned it 47 yards for a touchdown for the first points of the game. In the 2003 AFC Championship Game, Law intercepted three Peyton Manning passes while leading the Patriots to a 24-14 victory over the Indianapolis Colts. Law was part of a record-breaking Patriots defense in 2003 that led the NFL in five key categories: opponents points per game (14.9), interceptions (29), fewest touchdown receptions allowed (11), opponent’s passer rating (56.2) and pass deflections (121) as the team captured its second Super Bowl title in a win over the Carolina Panthers. Law is a member of the NFL’s all-decade team for the 2000s as well as the Patriots’ all-1990s and all-2000s decade teams. He was also selected to the Patriots’ 50th Anniversary Team.

Beginning in 2007, the Patriots started a new hall of fame tradition, inducting one player or head coach to The Hall each year. The process for induction now involves a panel of media, alumni and staff, who collectively nominate the players or head coaches most deserving of induction. After the nominations are made, the committee votes and the top three tallies become that year’s finalists. The Patriots then give their fans the opportunity to vote online to select each year’s winner.

About the Patriots Hall of Fame
The Patriots Hall of Fame was officially formed in 1991 after John Hannah became the first Patriots player to be inducted into the Pro Football Hall of Fame. With the hall of fame, the Patriots created a new way of honoring their greatest players. It wasn’t until 2008, with the opening of The Hall at Patriot Place presented by Raytheon, that Patriots players, past and present, truly had a place to call home that they could share with their fans. Now, enshrinement into The Hall is an honor befitting of the franchise’s greatest players, with 30-foot video pylons displaying each enshrinee. Beginning in 2007, fans became part of the hall of fame tradition and active participants in the selection process.

This year’s inductee will join 21 other Patriot greats and two contributors as a member of the New England Patriots’ Hall of Fame (listed in alphabetical order below with year of induction):