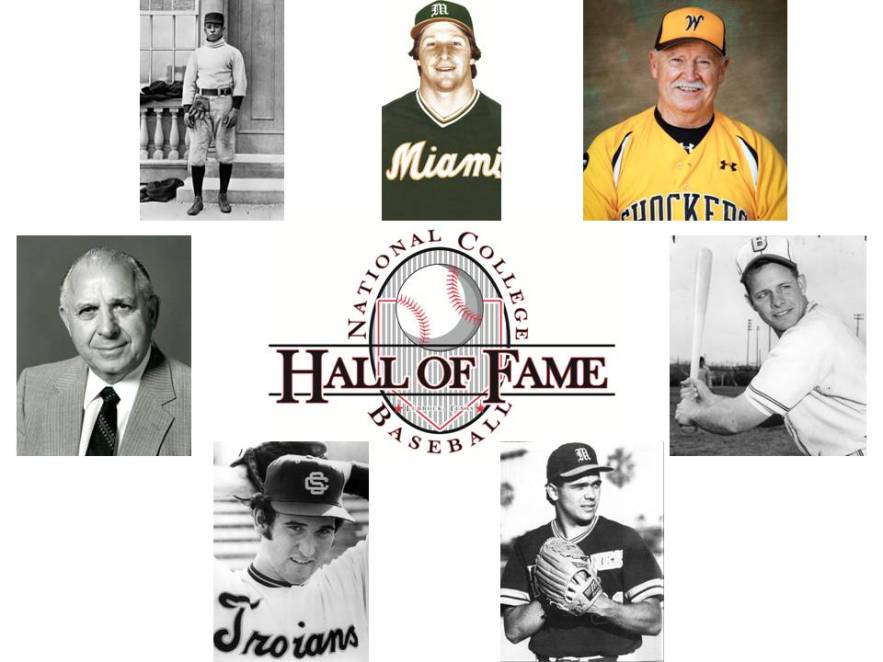 Every year, a new class is inducted into the National College Baseball Hall of Fame and the brotherhood of coaches, players and umpires grows. With the 2014 class, that sense of brotherhood will be even more prominent as the Hall of Fame will now feature siblings.

Gene Stephenson, who has more Division I-level wins than any other coach, will join his brother Phil in the Hall of Fame. Phil Stephenson was inducted in 2007.

“It’s great to unite the Stephenson brothers as inductees,” said Mike Gustafson, president and CEO of the National College Baseball Hall of Fame. “Once Gene went on the ballot, there was little doubt the voters would make him a part of this year’s class.”

In building the Wichita State program, Gene Stephenson went 1,837-673-3 in 36 seasons. He took teams to 28 regionals, seven College World Series and won a national title in 1989. He stands as the third-winningest coach at any level, beyond College Baseball Hall of Famer Gordie Gillespie and Augie Garrido. He also joins four of his former players in the Hall of Fame.

“This is a really well-rounded class,” Gustafson said. “Once again, we have a small-school inductee in Demie Mainieri and a representative from an HBCU in William Clarence Matthews. They both have excellent credentials and I’m excited that they’re in part of this class.”

Matthews was selected by the Black College Legends and Pioneers Committee, which selects inductees who played or coached at Historically Black Colleges and Universities prior to 1975. He joins Ralph Garr, Lou Brock, Danny Goodwin and Ralph Waldo Emerson Jones as previous honorees in this category.

Matthews was at Tuskegee from 1893 to 1897 and captained the 1897 team. He also helped organize the school’s first football team. Following his career at Tuskegee, he went on to play at Harvard from 1901 to 1905 as an infielder. During his time with the Crimson, he was part of teams that went 75-18. In his senior season, he hit .400 and stole 22 bases, all while continuing to deal with boycotts and tension on and off the field.

Sullivan was an outfielder at Baylor from 1952 to 1954 and was the school’s first two-time All-American. He batted .519 in 1954, still a school record. He returned to Baylor as a coach in 1974 and led the Bears to a school-record 649 wins in 21 seasons, including four NCAA tournament appearances and the school’s first two College World Series appearances in 1977 and 1978.

Bordley was a two-time All-American at USC from 1977 to 1978. He posted a 26-2 career record with the Trojans and his .929 winning percentage is still a school record. He posted a career ERA of 2.58 with 10 complete games. Bordley won his first 20 straight decisions and remains the only Trojans pitcher to be a two-time, first-team All-American.

Fernandez was named Freshman of the Year and a first-team All-American at Miami, where he won 15 games with a 2.01 ERA and 177 strikeouts in 147 innings as a freshman. He played his sophomore at Miami-Dade South CC and was named a first-team all NJCAA after leading the nation with 154 strikeouts in 121 innings and finished his sophomore season with a 12-2 record with a 1.19 ERA. He won the 1990 Dick Howser Trophy and the Golden Spikes Award.

Mainieri was the first junior college coach to win at least 1,000 games. He finished his career with 1,012 wins in 30 seasons at Miami-Dade North CC.  More than 100 of his former players were drafted or signed by professional teams and 30 of them have made it to the major leagues. His 1964 team won the NJCAA National Championship and he had three teams finish second and another finished third. He has been inducted into six halls of fame and was named to the NJCAA All-Century team.

“This is another exceptional class,” Gustafson said. “This group is immensely respected within the game and is a very deserving class. I can’t wait to get these guys here this summer and hear their stories firsthand.”

The 2014 class will be inducted into the National College Baseball Hall of Fame as part of the annual Night of Champions event on June 28 in Lubbock, Texas. For more information, visit www.collegebaseballhall.org.