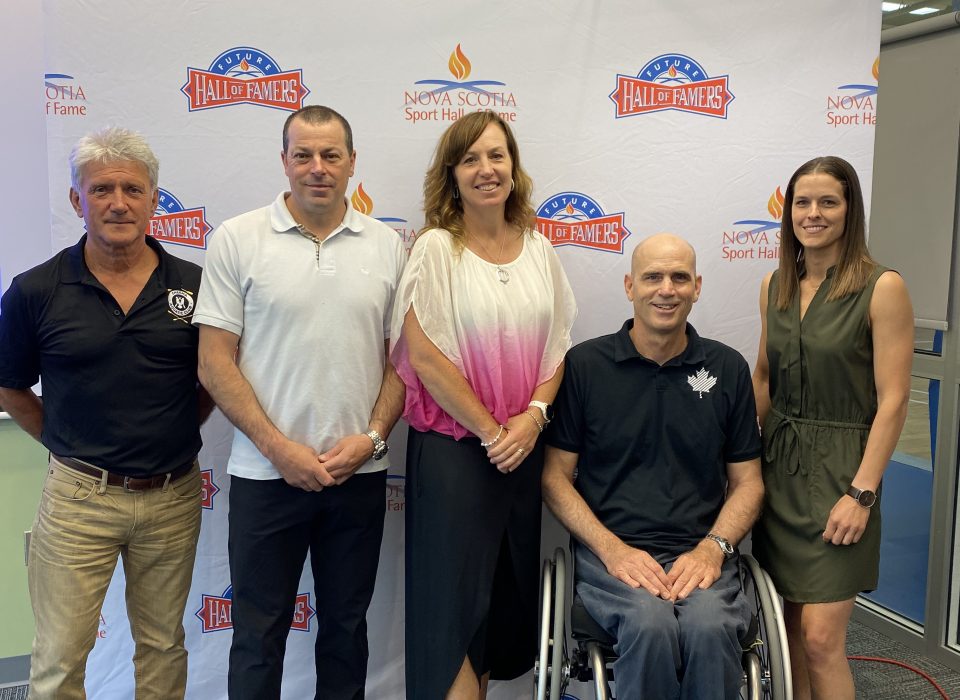 The Nova Scotia Sport Hall of Fame is pleased to announce its 2022 inductee class. Three athletes, one team and two builders will be celebrated for their outstanding contributions to Nova Scotia sport.

Olympian, Paralympian, World Champion, and Stanley-Cup winner are all accolades that can be used to describe this year’s athlete inductees, and the 2022 class will also include two incredible coaches as well as one team that achieved a trailblazing Canadian championship win.

Induction Night 2022 will take place on Saturday, November 19 at 8pm, at the Halifax Convention Centre.

Tickets are available for purchase now through Eventbrite here.

The full media release, including more information on the 2022 inductees, can be found here: https://nsshf.com/recent-media-releases/