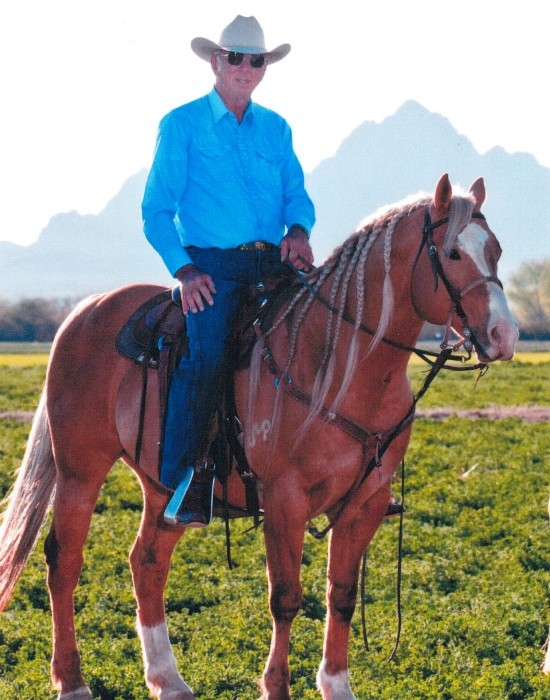 COLORADO SPRINGS, Colo. – Back in 1951, at the age of 16, Mel Potter began his journey in the Rodeo Cowboys Association, now known as the PRCA.

Fast-forward 65 seasons, and Potter, 80, is still competing as a team roping header.

At his peak, back in 1959, Potter competed in the inaugural National Finals Rodeo in Dallas as a tie-down roper, finishing 14th in the final standings. He is now the only original NFR competitor still active in the PRCA.

Combine Potter’s longevity as a competitor with his decade of success – 1964-73 – as a stock contractor with Rodeos Inc., and his time served on the PRCA Board of Directors and it adds up to his being selected Oct. 5 by the ProRodeo Hall of Fame as the 2015 Legend of ProRodeo.

“I was very surprised to get this honor,” said Potter, who also is a highly-successful businessman. “Being involved with rodeo was one of the neatest things of my life because all of the great people I’ve gotten to know and be good, good friends with all over the country. We also put together a heck of a string of livestock (at Rodeos Inc.) and we treated the cowboys as good as any stock contractor there was. I’m also going to keep competing in rodeos as long as I can get on a horse and stay on a horse when he runs out of the barrier.”

“Since joining the PRCA in 1951, Mel Potter’s career has been one of longevity and consistency. He has competed for an amazing 65 seasons and has gone from an NFR qualification in 1959 to earning a check this year at a Great Lakes Circuit event at the age of 80,” said Kent Sturman, director of the ProRodeo Hall of Fame. “Mel has also given back to the sport in many ways and he cares deeply for the PRCA and its success. His talents, experience and knowledge of the sport helped raise a four-time World Champion Barrel Racer, his daughter Sherry Potter Cervi. Mel has done a lot for the professional rodeo industry and we are honored to have him as this year’s Pro Rodeo Legend.”

Potter has competed in tie-down roping, steer wrestling and team roping during his PRCA career. As a team roper, he has paired with guys like Bum Post, Bob Padilla, Eddie Schell and Dale Smith.

Although Potter had some solid success as a PRCA rookie in 1959, he knew he had to have a back-up plan for work. His family had been cranberry farmers since his grandfather started the family business in Wisconsin Rapids, Wis., in 1880. The Potters are one of the largest producers for the Ocean Spray co-operative of growers.

Potter and his wife of 59 years, Wendy, also operate the Potter Ranch in Marana, Ariz., with their middle daughter, Jo Lynn, and her husband, George Alexander. The ranch has produced some of the sport’s top timed-event horses since 1973. Wendy competed in the NFR in barrel racing in 1970 and ’72.

“I’ve had an interesting life, and it has been like an 80-year vacation,” said Potter, who was an airplane pilot for 50 years before he stopped flying in 2011. “Everything I’ve done I have enjoyed doing and I have just had fun. I have a great family, and I’ve gotten to know so many great people. To me, the best thing in my whole life is all the people who I’ve met and become friends with. It’s hard to believe it has happened this way for me.”