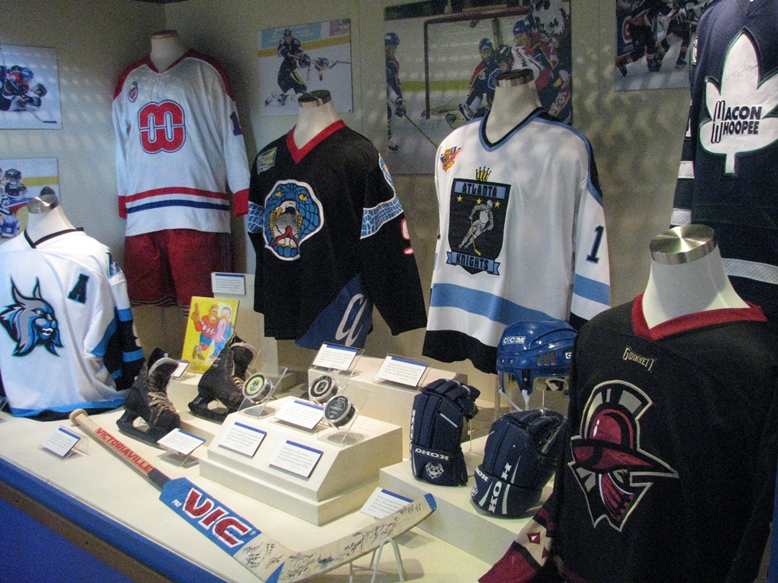 The Georgia Sports Hall of Fame’s newest exhibit, Dixie on Ice: Minor League Hockey in Georgia, is now on display in the museum’s rotunda.  Tracing the history of minor league hockey in Georgia from the 1973 Macon Whoopees to the state’s handful of professional hockey teams of today, the exhibit features game-worn jerseys and hockey equipment from such teams as the Columbus Cottonmouths, the Gwinnett Gladiators, the Augusta Lynx, the Macon Trax, and the Atlanta Knights.  Just in time for the start of hockey season, Dixie on Ice: Minor League Hockey in Georgia will remain on display through January.