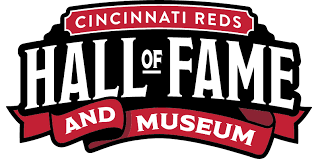 This February, the Reds Hall of Fame and Museum presented by Dinsmore celebrates Black History Month in many ways, including telling the story of the Cincinnati Tigers, guiding guests on a tour of African American history through the Museum, and focusing on the stories and achievements of former Reds.

Beginning Monday, February 1, each museum visitor will get a card featuring the Cincinnati Tigers’ lineup and story. Founded in the 1930s, the Cincinnati Tigers became perhaps the best and most well-known of the Negro League teams that called Cincinnati home. They joined the new Negro American League in 1937, drawing crowds to home games at Crosley Field, which was the home of the Cincinnati Reds at that time. They also wore Reds road uniforms from previous seasons. Despite their success on the field and at the gate, the Tigers history came to an end following the 1937 season. Museum visitors can learn more about this team in the Pursuit of a Dream exhibit, presented by African-American Capital Enterprises.

In addition to this exhibit and giveaway card, the Hall will feature an updated version of its Black History Month self-guided tour. Museum visitors can pick up a brochure at the front desk and take this tour through the building, learning about artifacts and achievements related to African American Reds players and more. Artifacts corresponding to the tour are highlighted with a special marker so visitors know where to look for more information on these special pieces of Reds history.

In years past, the Hall’s Education and Programming Manager, Ken Freeman, has visited local schools to present an outreach program discussing on African American history related to Reds baseball. Due to COVID-19, these programs will be virtual in 2021, allowing the Hall to potentially educate even more students about these significant milestones and achievements. Additionally, the Hall’s social media channels will focus on the contributions of African American Reds and supporting artifacts.

Finally, the Hall is working on updating video interviews with key African American Reds Hall of Famers and other former players. These conversations will be used online and in exhibits to tell the players’ stories of overcoming challenges and achieving greatness with the Cincinnati Reds.