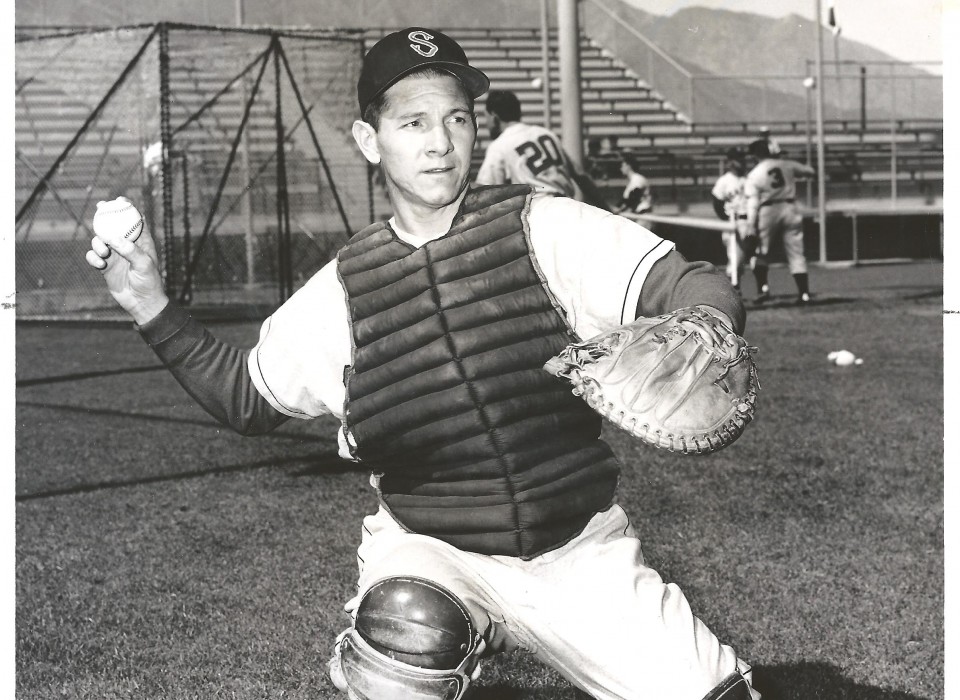 THE PIKE FAMILY, MAIDSTONE, SASKATCHEWAN, will be inducted into the Saskatchewan Baseball Hall of Fame, Family Category, Saturday, August 15, 2015, at Battleford, Sask.

ALVIN PIKE- 1919-2004  was the third child of nine, who grew up on a farm in the school district of Forest Bank, north of Waseca, Saskatchewan. As young people, they found their own recreation and sports, especially baseball. Alvin married Florence in 1945. They raised 6 children; Lyn [Murray Blythe],Wayne [Jane], Terry [Renee], Bill, Karen [Rick Johnson] and Laurie [Dana Kobes]. Alvin participated in baseball at all levels, transporting players, umpiring and announcing. He was devoted to family and community and to the game of baseball. He died in 2004, but would have been so proud to watch the great grandchildren start their ball careers.

FLORENCE PIKE was a baseball [and hockey] fanatic. She was very community minded. She held score keeping clinics and kept score  whenever and wherever needed.

At 89 years of age, she regrets that her health kept her from her kids sports the last year, however, she celebrates Jays games, hockey and curling on the television.

GERALD PIKE 1923-2012– was a hard working farmer, very dedicated to his family. He married  Lois in 1950, and being an avid sportsman, he encouraged his children,Randy, Keith [Debbie], Kevin [Yvonne], and Melanie [Morris Freeston] to enjoy the outdoors. Gerald played fastball for many years but, he also coached minor baseball. In 1995, he donned his baseball glove and was on the silver medal team, in the Senior River Junction Games. Gerald was recruited one year by Standard Hill Oldtimers, to fill the roster of players the ages of his sons. Not many can say they both coached their sons, then later, called in to become the hero of the day, to play with them! The grandchildren love this story! Playing alongside his sons on one team meant more to him than any award or trophy.

Gerald was very community minded and was involved with many organizations.

LOIS PIKE, Gerald’s wife,  was always there organizing, phoning, preparing meals, getting the family  ready to get to the game on time to enjoy watching every minute of it. Lois was community minded,  active in many organizations.

The Pike Family legacy is their love of baseball, sports and community, that continues to this day, through their 17 grandchildren and 20 great grand children.

During the war years ball was discontinued, but, in 1955, the Standard Hill Pats were formed. Their ball diamond was south of the gravel pit near Lane Bridge over Gully in Standard Hill District. Coaches were Ian Ferguson and Lloyd Gerbig.

In 1958, Standard Hill held it’s first ball tournament. Prize money was $50.00. Ice-cream cones were 5 cents. There were all kinds of races.

The teams first uniforms were hot and itchy, made of gray melton cloth. The second was black, a poor choice as they were too hot .Today, the uniforms are cooler, made of a stretchy material with the pants in gray and the top in navy with red lettering.

Since it was started in 1988, this Old Timers team has participated in every Twilite Provincial tournament.

Many of these boys and men from the Standard Hill baseball teams provided entertainment to several generations of fans. 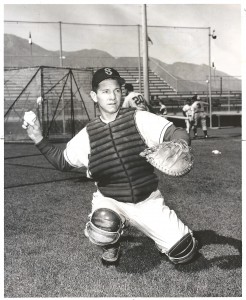 Joseph Michael Erautt was born September 1, 1921, in Vibank, Saskatchewan.. Limited information is available on Joe as a youth while growing up in Vibank.

Joe became a professional baseball player at the age of 28, when he made his debut as a Major Leaguer with the Chicago White Sox on May 9, 1950.  He was a right-handed pitcher and batter.

For his career, Joe compiled a .186 batting average in 43 at bats, with one run batted in. Erautt was an alumnus of the University of Portland.

He played his last Major League game July 22, 1951, for the Chicago White Sox.

Joseph Michael Erautt died at the young age of 55 years, on October 6, 1976 from Parkinson’s disease. Joe is buried at the Willamette National Cemetery in Portland, Oregon, USA.

As Joseph Erautt is one of the eight born and raised Saskatchewan baseball players that made the Major Leagues, we are proud to have him join the other six that have already been inducted into the Saskatchewan Baseball Hall of Fame. 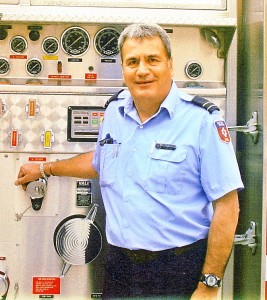 Wallace Pruden was the son of Mr. and Mrs. Dave Pruden, Lashburn, Saskatchewan. Wallace [Wally] was a very level headed, calm and polite young man which was carried over to his ball playing. He played third base but he was the main strength to the team as a pitcher. When the going got tough and he and the team were under pressure, Wally remained cool and came through for the team.

In 1957 Wally pitched a perfect game in the first game of the Little League Championship series, facing only 18 batters in six innings, giving up no runs, no hits and striking out 13 batters, had two put outs, two assists on two put outs by the first baseman, and the fifth put out, a ground out to the first baseman. Only three man handled the ball-the pitcher, the catcher and the first baseman. This was a history record!  Wally had a bases loaded homer and a triple.

In the third game, Pruden had already been given two intentional walks and were giving him a third walk when he reached out and snagged a long single which brought in the tying and winning runs. Provincial playoff batting averages record Wally Pruden playing 12 games, at bat 31 times with 10 homeruns, 38 runs batted in and a batting average of .645.

The Lashburn Linnets were the 1957 Provincial Little League  Champions, and for the second time received the C.M. Fines Trophy.