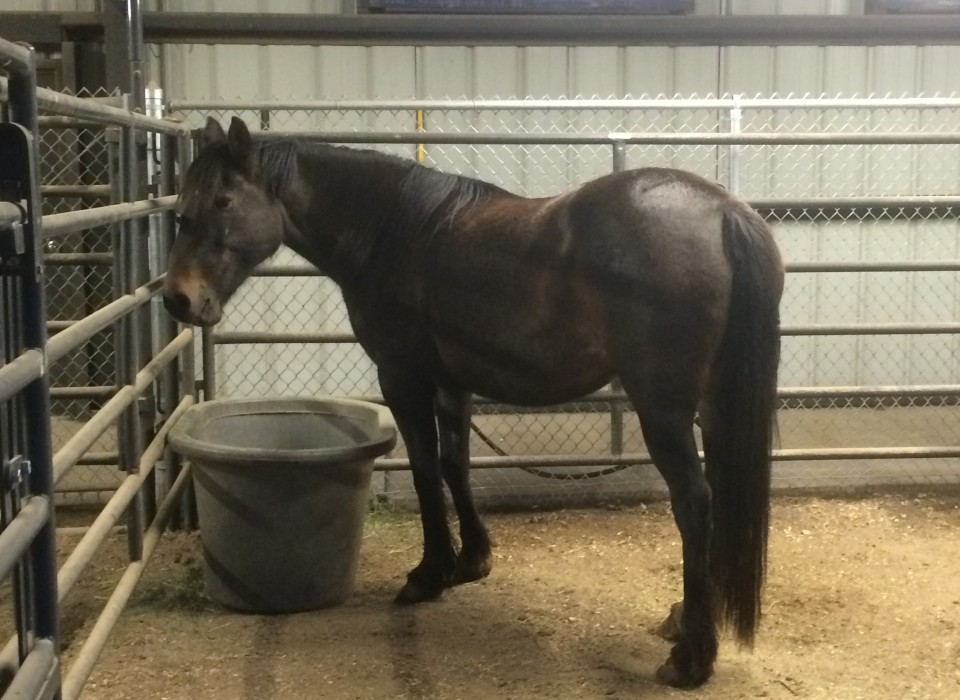 The ProRodeo Hall of Fame has officially opened the Zoetis Rodeo Livestock Exhibit for the summer, with two retired bucking horses living on the premises until mid-September. 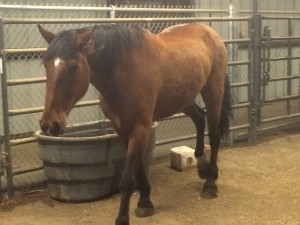 “We are glad we are able to bring this exhibit back to the Hall again this summer,” said Kent Sturman, director. “It was very popular with museum guests last year and we certainly wanted to have it here again. We are thankful to Cervi’s for their assistance with this exhibit and support of the Hall.”

Bomber had a unique bucking style – he would always take a substantial run before breaking and then bucking. Many tried over the years to change his style and get him to break sooner but he never changed. Although it isn’t unusual for an animal to take that run before breaking, rarely has there been a horse that bucked so hard after. That style earned Bomber the respect of the cowboys which thereby earned him so many trips to the WNFR – 14 trips in a 15 year span.

Brown Bomber was retired from rodeo at the Dayton, Iowa PRCA rodeo in 2011 after Will Smith won the saddle bronc riding on him. He has remained on the Cervi Ranch in his retirement where his only job is in the fall when the colts are weaned from their mothers. Brown Bomber takes charge of the babies like a comfortable old uncle.

Brown Bomber was born in 1988 on the Korkow Rodeo Ranch and purchased by Mike Cervi in 1994.

Back Street is a 24-year-old saddle bronc horse who qualified for the WNFR three times (1997, 1999 and 2005). She is truly from a royal lineage of broncs. She has followed in the footsteps of her mother Easy Street, a 12 time WNFR saddle bronc horse.

Back Street has had a colt every year since 1999 and is bred again this year to Oil Train, the sire of Harry Vold’s champion stallion Painted Valley. Some of her off spring include Street Wise, Street Smart and Back Fire.

Back Street held the highest marked saddle bronc riding score at the San Antonio Stock Show and Rodeo, a 90-point ride by Ryan Mapston of Montana. The record held for many years. Back Street was retired from rodeo in 2012 at the National Western Stock Show and Rodeo in Denver. She will continue to live out her retirement on the Cervi Ranch.

The exhibit is open during museum hours and guests are able to visit the horses in the Zoetis Barn adjacent to the museum. The horses get regular exercise in the Priefert Ed Honnen Arena, are checked regularly by a local veterinarian and have a normal feed and nutrition regimen while here at the Hall.

“This exhibit not only allows museum guests to see up close some great rodeo animal athletes, it also allows them to become educated on the PRCA’s animal welfare program and to learn about the care and treatment of rodeo livestock,” Sturman said. “The exhibit includes educational signage about animal welfare within the PRCA organization.”