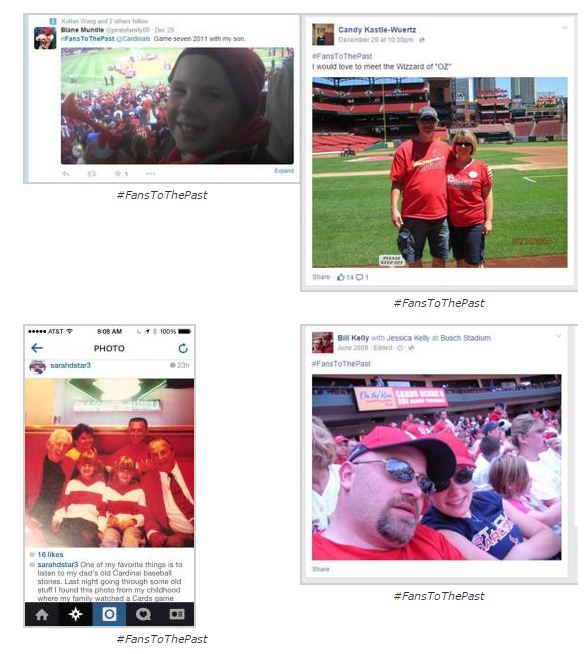 The St. Louis Cardinals have launched #FansToThePast, a social media-based fan photo promotion that encourages fans to share their favorite photos with the team for a chance to win a private tour of the Cardinals Museum with Hall of Famer Ozzie Smith. Fans are encouraged to post as many photos and memories as they want on Facebook, Instagram or Twitter with the designated hashtag #FansToThePast between now and April 5, 2015. Fan photos may be used within a #FansToThePast video, an online photo gallery or displayed at the Cardinals Hall of Fame & Museum at Cardinals Nation in Ballpark Village.