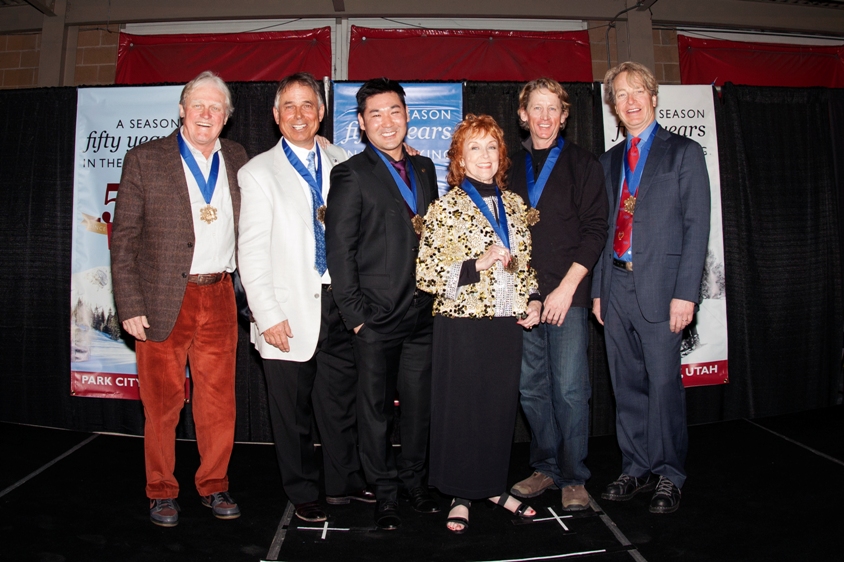 The U.S. Ski and Snowboard Hall of Fame, based in Ishpeming, Michigan, held its national induction event on April 5th in Park City, Utah.

Attended by close to 500 people, including 20 Honored Members of the Hall of Fame it was a tremendous evening celebrating the success and contributions six inductees:  John Clendenin, one of the great pioneers of freestyle skiing; Toby Dawson, a bronze medallist in moguls at the 2006 Olympic Winter Games, who also won three World Championship medals; Kris “Fuzz” Feddersen, a member of the first national freestyle ski teams earning several podium victories during his career;  Joe Jay Jalbert,  a renowned ski film producer, including four official Olympic films; Scot Schmidt, a legendary big mountain skier who is famous for his many ski film appearances and the late Jerry Simon, whose imagination and projects contributed significantly to the growth of the ski industry.  During the ceremony six of the attending Honored Members presented the Medal of Honor to the inductees.

The induction was the concluding event for Skiing History Week, which had started on March 31.  Skiing History Week is organized by the International Skiing History Association, the partner organization with the Hall of Fame.  Among the events held throughout the week, including several days of skiing at the local resorts, was the Ishpeming Ski Film Festival during which many of the best ski films produced over the years are shown.