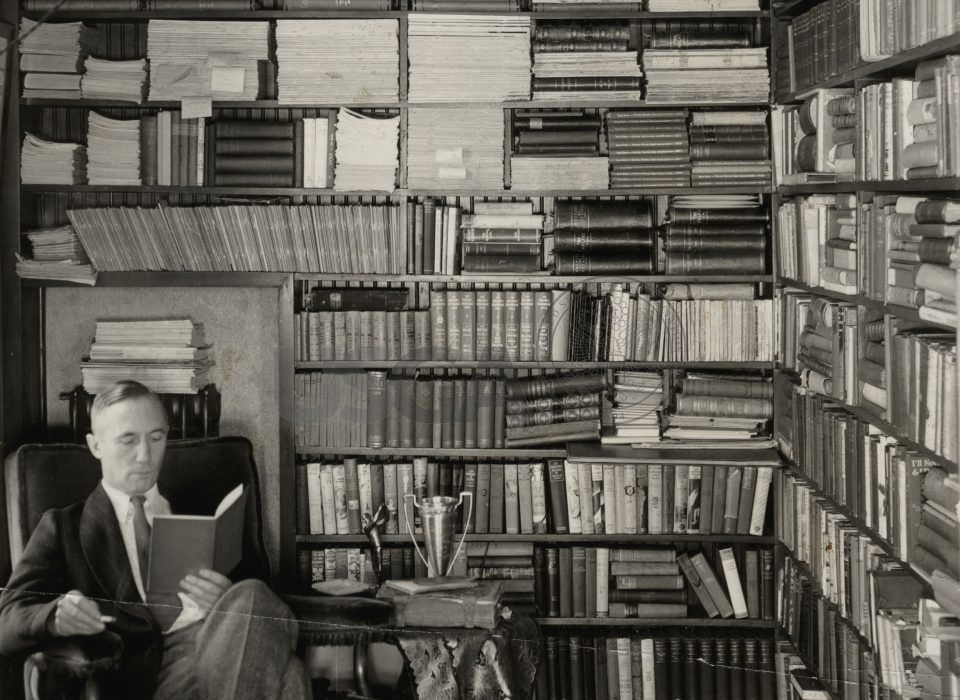 LIBERTY CORNER, N.J. (April 25, 2018) – An important collection of historic golf material, including rare books, periodicals, travelogues, diaries, political and legal documents dating to the 1500s, has found a new home at the USGA Golf Museum, thanks to a continuing working relationship with the PGA of America.

The Colonel R. Otto Probst Library, managed by the PGA of America for more than 40 years, has merged with the USGA’s extensive library collection, in a collaborative effort that enhances the world’s largest and most comprehensive golf library open to the public.

The Probst Library was developed by South Bend, Indiana-based golf collector Colonel R. Otto Probst, whose passion for the game was kindled in the early 1920s with the acquisition of his first golf artifact. Topics explored through the wide-ranging collection include golf instruction, golf club histories, architecture, equipment, fiction, women in golf, travel, humor, literature and poetry. Several pieces explore Scottish history and its relationship to golf.

NOTE TO EDITORS:  PHOTOS OF OTTO PROBST AND ARTIFACTS CAN BE FOUND HERE.

“The Probst Collection adds depth and richness to the USGA’s library, providing incredible insight into the game’s cultural and historic evolution,” said Rand Jerris, USGA senior managing director of Public Services. “We are grateful to Colonel Probst and the PGA for cultivating this treasure trove of information, which we can immediately share with fans who love and play the game worldwide.”

Probst (1896-1986) began his collection in 1923 and went on to acquire numerous items from renowned collectors through his life, including Cecil Hopkinson and C.B. Clapcott. In 1938, Justice Earle F. Tilley, a USGA Museum Committee member, endowed his golf library to Probst .

A 31-year veteran of the U.S. Army, Probst’s passion for golf was documented in a 1943 article in Golfdom magazine. “At Camp Croft there are several well-known golfers, ranked by Lt. Col. R. Otto Probst, known in golf as owner of the golf library that before the war was generally rated the largest in the U.S.,” the story recounted.

“The PGA of America views this partnership with the USGA as a groundbreaking moment in the preservation of more than the printed word of golf,” said PGA Historian Bob Denney. “It also extends Otto Probst’s dream – that future generations of golf aficionados and researchers worldwide may discover the rich history of the game. The USGA Golf Museum is now the undisputed epicenter of golf literature.”

The more than 800 rare books and 1,400 periodicals from the Probst Collection are among the most important materials added to the USGA Library’s significant collection. Among the prized rare elements of the collection is “The Goff,” written in three editions by Scottish law clerk Thomas Mathison between 1743 and 1793, which is recognized by historians as the first publication dedicated solely to golf.

Other significant materials include:

Today, the USGA Library is the world’s foremost repository for the game’s history. Books and periodicals in more than 20 languages cover all aspects of the game. Other areas of collecting include sheet music, dissertations, scrapbooks and over 30,000 scorecards from golf clubs worldwide. The Library also contains the personal papers of some of the game’s greatest personalities (including Bob Jones and Walter Travis) and is home to the USGA/PGA African-American Archive of Golf History. The complete library catalog, containing more than 70,000 volumes, can be accessed online at usga.org or in person.

The USGA Golf Museum is open to the public 10 a.m. to 5 p.m. Eastern time, Monday through Friday. Researchers can request an appointment to view the library by calling 908-234-2300 or by emailing [email protected].

About the USGA
The USGA celebrates, serves and advances the game of golf. Founded in 1894, we conduct many of golf’s premier professional and amateur championships, including the U.S. Open and U.S. Women’s Open. With The R&A, we govern the sport via a global set of playing, equipment and amateur status rules. Our operating jurisdiction for these governance functions is the United States, its territories and Mexico. The USGA Handicap System is utilized in more than 40 countries and our Course Rating System covers 95 percent of the world’s golf courses, enabling all golfers to play on an equitable basis. The USGA campus in Liberty Corner, New Jersey, is home to the Association’s Research and Test Center, where science and innovation are fueling a healthy and sustainable game for the future. The campus is also home to the USGA Golf Museum, where we honor the game by curating the world’s most comprehensive archive of golf artifacts. To learn more, visit usga.org.