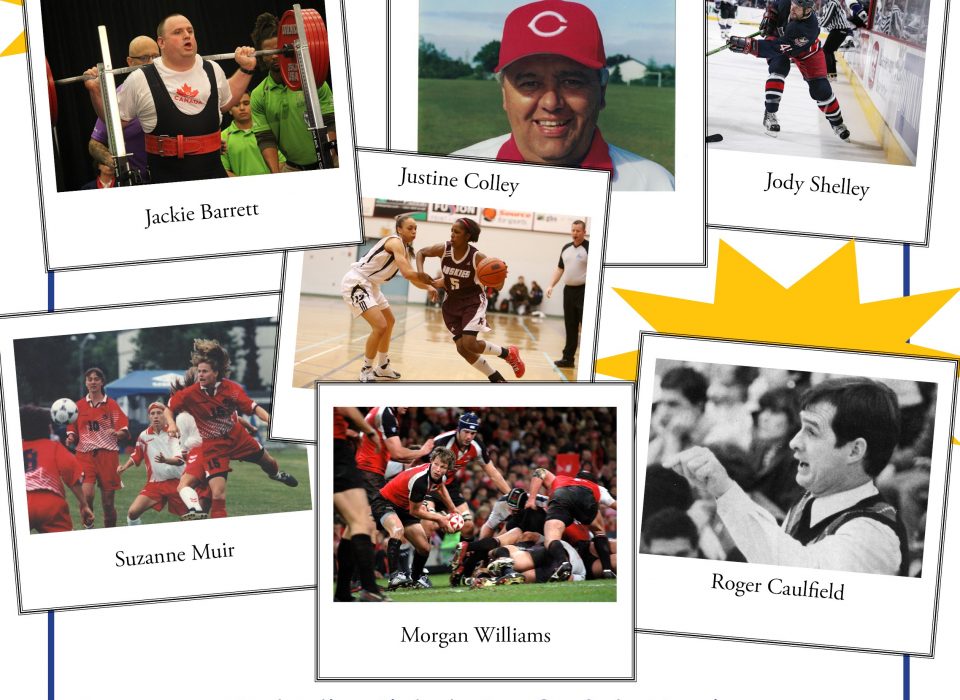 2019 NOVA SCOTIA SPORT HALL OF FAME INDUCTION NIGHT
On Friday, November 15, the 2019 Hall of Fame Induction Night will take place at the Halifax Convention Centre. Five athletes and two builders will be celebrated for their outstanding contributions to Nova Scotia sport, including another Nova Scotia Sport Hall of Fame first!
These inductees include arguably Nova Scotia’s greatest female basketball and soccer players, the most beloved player ever to compete with the Halifax Mooseheads, the province’s biggest rugby star, two incredibly dedicated builders and promoters of local sport, and our first ever Special Olympics athlete. A force to be reckoned with in the sport of power lifting, highly decorated Special Olympics athlete Jackie Barret will make history joining the Hall of Fame this year.
Barrett will be inducted with the all-time leading scorer for Canadian women’s university basketball, Justine Colley; varsity and national team soccer superstar Suzanne Muir; Mooseheads legend and NHL player Jody Shelley; and, the record-holder for the most caps as a Canadian rugby scrum half, Morgan Williams. In the builder category, long-time Little League coach, baseball manager and community hero Henry Boutilier, along with international basketball official and mentor Roger Caulfield, will also be inducted on November 15.
The evening will be hosted by Hall of Fame CEO Bruce Rainnie. As master of ceremonies for the 21st consecutive year, Rainnie is excited to showcase this distinguished class of inductees with his friendly and entertaining interview style.
Tickets for the 2019 Induction Night are on sale now at the Nova Scotia Sport Hall of Fame. Call 902-404-3343 to place your order.