The International Sports Heritage Association (ISHA) has established the Special Project Grant, supported through the Founders Fund, to provide financial assistance up to $2,000 for a project that supports museum activities intended to address at least one of the following priorities within the organization:

The Mississippi Sports Hall of Fame and Museum in Jackson, Mississippi is proud to announce they will be undergoing a $3.5 million renovation to their facilities in 2023. Renovation plans include a reconfigured lobby and gift shop as well as an exterior facelift. The MS Sports Hall of Fame first opened its doors in 1996 and this will be the largest renovation project to date on the building. “The Museum houses the stories of Mississippi’s—and in many cases, the world’s—greatest athletes. We are excited to be able to upgrade the facilities for sharing these stories with our guests so they have the best experience possible.” says MSHOF Executive Director, Bill Blackwell. 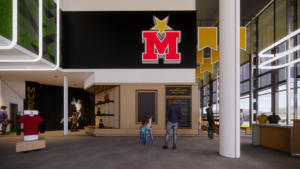 Youth across Canada will be provided the opportunity to learn from and be inspired by the journey of one of this nation’s most prolific athletes in the sport of baseball, Ferguson “Fergie” Jenkins.

Inspiring the leaders of tomorrow through the invaluable lessons of sport is at the core of Canada’s Sports Hall of Fame’s (CSHoF) mission. Through the organization’s web-based education platform – https://link.edgepilot.com/s/cec5ce64/Ys_gM_TVTkyod0ZhGLIPQw?u=http://www.beyondthewin.ca/ – classrooms across Canada are provided with curriculum-aligned education programs and resources at no cost. In 2023, youth will have access to four (4) newly launched asynchronous program modules, sharing the lessons and impact of Ferguson Jenkins’ story, further demonstrating CSHoF’s commitment to connect youth to outstanding Canadian sport role models.

Canada’s Sports Hall of Fame President and CEO, Cheryl Bernard shares the following: “we have worked extensively to provide an accessible, free education hub where teachers, students and coaches can easily access a variety of education assets. We are so proud to be developing and presenting a new asynchronous program, celebrating his 80th birthday and honouring Ferguson Jenkins as a role model in this country, in collaboration with Ferguson and the Canadian Baseball Hall of Fame.”

“Teaming up with Canada’s Sports Hall of Fame to tell the story of Hall of Famer Fergie Jenkins and his impact on sports history in Canada is a remarkable way to connect today’s youth with the past,” said Jeremy Diamond, Chair, Board of Directors of the Canadian Baseball Hall of Fame and Museum. “We look forward to bringing this story alive and sharing it with Canadians of all ages.”

BC Sports Hall of Fame Announces Class of 2023 Inductees

In the latest episode of Hallowed Ground: The Sports Museum Podcast, ISHA Emerging Professional member Andrew Stockmann spoke with Tricia Herald and Bill Hawker of Elevate97, which you can find on Apple Podcasts and Spotify. Upcoming episodes include a discussion on storytelling, accessibility, and social justice in sports heritage organizations with Katie Tanner of the Nova Scotia Sport Hall of Fame and Adam Thompson of the World of Little League Museum. If you would like to be a guest on the podcast, please email Andrew at [email protected].

With the help of its summer staff, the New Brunswick Sports Hall of Fame added 148 artefacts such as, art, sports cards, and trophies to the permanent collection in 2022..  Many of the artefacts are currently on display in the museum.  The museum is honoured to have items donated by Fredericton born Canadian Paralympic swimmer Danielle Dorris.  Danielle won a silver medal in the S7 100m backstroke at the 2020 Summer Paralympics and won gold in the S7 50m butterfly in a world record time at the 2020 Summer Paralympics. 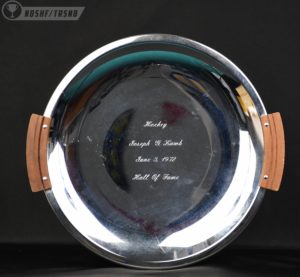 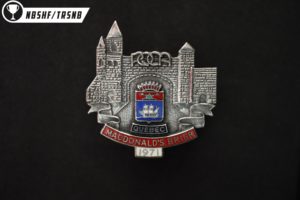 The Selection Committee of the Colorado Sports Hall of Fame voted six individuals — including Lindsey Vonn, Bob Gebhard and Alonzo Babers  — to be inducted at the 56th annual banquet, set for April 23 at the Hilton Denver City Center (1701 California St.).

Lindsey Vonn of Vail is the winningest women’s World Cup skier of all time, having claimed 82 titles, just four shy of Ingemar Stenmark’s record regardless of gender. Vonn retired in February due to the cumulative effect of injuries after earning a bronze medal in the downhill at the World Championships. In 2012, she earned her fourth World Cup overall title, joining Annemarie Moser-Proell as the only women to accomplish that feat. Vonn was also a season-long champion in the World Cup downhill a record eight times to go along with five in the super-G and three in the combined. Her 20 World Cup globes are the most by any skier, woman or man.

Vonn is one of just six women to have won World Cup races in all five disciplines of alpine skiing — downhill, super-G, giant slalom, slalom and super combined.

Vonn won an Olympic gold medal on the downhill in the 2010 Winter Games, becoming the first American woman to land that title. That year, she was named the Laureus Sportswoman of the Year. In all, Vonn competed in four Olympics (2002, ’06, ’10 and ’18), winning three medals. At world championships, she claimed eight medals, including two golds in 2009 — one each in downhill and super-G. Vonn, who will turn 35 years old on Friday, was the Colorado Sports Hall of Fame’s 2009 Athlete of the Year.

Bob Gebhard was the first GM of the Rockies as he was hired in 1992, the year before the franchise started Major League play. He continued in that role until his resignation in 1999. Under Gebhard’s watch, the Rockies went to the playoffs in their third season, earning a spot in 1995 as a National League wild-card team. At the time, that made them the first MLB expansion team to reach the postseason prior to its eighth season of competition. That year began a three-year run of the Rockies finishing with winning records.

Gebhard led the way in building the team’s farm system, hiring Don Baylor as the franchise’s first manager, and overseeing the expansion draft.

The Rockies were also very successful at the gate, setting a Major League attendance record by drawing 4,483,350 fans to Mile High Stadium in 1993. Every year during the Gebhard years, the Rockies attracted at least 3.2 million fans, with the team having moved into Coors Field in 1995.

Gebhard pitched in the Major Leagues with Minnesota and Montreal from 1971-74, finishing with 41 innings on the mound and a 1-3 record in the Bigs. He began his front-office career in 1976 with the Expos as field director of minor league operations.

Alonzo Babers, who ran track and played one season of football at the Air Force Academy, made a splash at the 1984 Summer Olympics in Los Angeles by winning gold medals in both the 400-meter run and the 4X400-meter relay. Babers made a quick rise to the highest level of track. In 1984, a year after graduating from the Academy with a degree in aerospace engineering, he ran a personal-best 44.86 in the 400 to qualify for the U.S. Olympic team.

In the 400 final at the Olympics, Babers posted a time of 44.27 to earn the gold medal. And in the relay final, Babers ran the third leg as the American team claimed gold easily with a clocking of 2:57.91.

George Gwozdecky coached the DU hockey team for 19 seasons (1994-2013), guiding the Pioneers to NCAA titles in 2004 and ’05. In his final dozen years at the DU helm, the team never failed to win at least 20 games. Overall, Gwozdecky accumulated a 443-267-64 record as coach of the Pioneers. Under Gwozdecky, DU won three regular-season titles in the Western Collegiate Hockey Association and four WCHA playoff crowns.

Gwozdecky won NCAA titles as a player (at Wisconsin in 1977), an assistant coach (at Michigan State in 1986) and a head coach (at DU in 2004 and ’05), becoming the first person to accomplish that feat. Twice he was named NCAA national coach of the year, in 1993 and 2005. He came to DU from Miami (Ohio), where he was head coach for five years. Gwozdecky was previously a head coach at the University of Wisconsin-River Falls, where the team won an NAIA national title in 1983.

After working as an assistant coach with the NHL’s Tampa Bay Lightning, Gwozdecky became head coach at Valor Christian High School in Highlands Ranch in 2015.

Terry Miller is considered one of the top running backs Colorado high school football has produced. As a senior at Mitchell in Colorado Springs, he rushed for 2,785 yards as the Marauders finished runner-up in the 1973 AAA state playoffs. He was subsequently named the Colorado Sports Hall of Fame’s High School Athlete of the Year for ’73. Miller also played point guard on a Mitchell basketball team that won the state title in ’73, and he ran high school track.

Miller went on to star in football at Oklahoma State, where he finished second in the Heisman Trophy voting in 1977 to Texas’ Earl Campbell, and fourth in 1976. He led the Big Eight Conference in rushing in both 1976 and ’77 and was named Big Eight Player of the Year both years. From 1974 to ’77, Miller rushed for 4,754 yards and 49 touchdowns at Oklahoma State, where he went into the athletics Hall of Honor in 2006.

Erin Popovich, a 2007 graduate of Colorado State University, is believed to be the first Paralympian voted into the Colorado Sports Hall of Fame. She won 14 gold medals — and 19 medals overall — in swimming over the course of three Paralympic Games. That includes an extraordinary performance in the 2004 Paralympic Games in Athens, where she claimed seven titles in seven events.

Twice for her achievements, Popovich has been named winner of the ESPY Award for Best Female Athlete with a Disability.

Popovich retired from competitive swimming in 2008 and accepted a job at the Colorado Springs-based U.S. Olympic & Paralympic Committee, where she’s Associate Director of Paralympic Swimming.

The inaugural Order of Sport Award was presented to the Canada’s Sports Hall of Fame Class of 2019 Inductees on October 23rd during the 64th Induction Festival. The  Order of Sport is a National Level Award established by Canada’s Sports Hall of Fame and a symbol of the organization’s purpose: to build Canada through sport. The fully accredited museum and not-for-profit organization is committed to improving the opportunity for sport to represent Canada’s shared values to Canadians and the world, preserving and promoting the past, present and future of Canadian sport.

The Order of Sport is Canada’s highest sporting honour. Individuals inducted annually into Canada’s Sports Hall of Fame (Hall of Famers) receive the Order of Sport in recognition of their continuing role in building Canada through sport and the value of the return and impact they have on their communities.

What distinguishes Canada’s Sports Hall of Fame’s recognition program from other sport awards or hall of fame organizations is its consideration of any person’s significant contributions to sport in Canada irrespective of the type of sport or game, with whom the sport or game is accredited, or with whom or how it is organized within Canada or internationally.

For more information about the Class of 2019 inductees or how to submit a nomination for an athlete or sport builder, please visit sportshall.ca. Nominations are due by January 15, 2020. 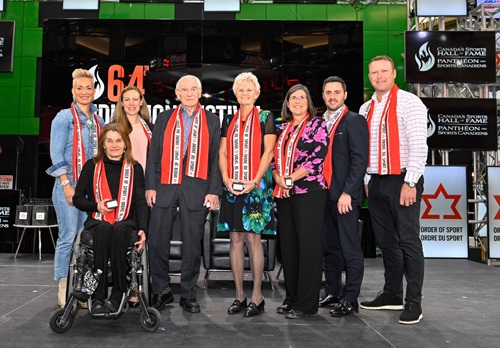