TORONTO (March 6, 2018) – Lanny McDonald, Chairman of the Board of the Hockey Hall of Fame, announced today the appointment of a new member to the Hockey Hall of Fame Selection Committee commencing with the 2018 nomination and election proceedings.  NBC hockey analyst, Pierre McGuire, will replace Scotty Bowman whose 15 year term limit concluded on December 31, 2017 after serving on the Selection Committee since 2003.

“I am very pleased to welcome Pierre to the Selection Committee, as he brings a wealth of knowledge that will complement the Committee’s deliberations in recognition of excellence in the game of hockey”, said McDonald.  “I also extend our utmost appreciation and gratitude to Scotty for his distinguished service and outstanding contributions to the Selection Committee.  Scotty’s incredible understanding and perspective of the game has been a tremendous resource throughout his tenure.”

“To receive a call from Lanny McDonald asking me to accept a position on the Hockey Hall of Fame Selection Committee is something I never thought was possible”, said McGuire.  “I am honoured and excited to know that I will be a part of this amazing group of hockey people whose mandate is to uphold the Hall’s standards of excellence in the process of celebrating the game’s greatest players, builders and officials.”

“I would like to thank the Hockey Hall of Fame for allowing me to participate on the Selection Committee for the past 15 years, which I have enjoyed immensely”, said Bowman.  “It has been a privilege for me to be associated with so many excellent hockey people and to play a contributing role in the selections for hockey’s highest level of career achievement.”

On a separate subject matter, 2018 is a momentous year for the Hockey Hall of Fame as it will commemorate 75 years since its inception on September 10, 1943 and 25 years since opening its destination attraction at BCE Place (now Brookfield Place) on June 18, 1993.

In view of these significant milestone anniversaries, the Hockey Hall of Fame launched the “75/25” inaugural endowment fundraising campaign with the goal of contributing $1,000,000 in net proceeds from the Hockey Hall of Fame 75/25 Anniversary Legends Gala, the marquee event and focal point of the campaign to be held at historic Maple Leaf Gardens in Toronto on Monday, June 25, 2018.

To achieve this fundraising goal, individuals and businesses can become Founding Members of the newly established Hockey Hall of Fame Development and Preservation Fund.  Up to 75 Founding Members each making a one-time contribution of $25,000 will receive (among other benefits) tickets to attend the “Legends Gala” in the presence of the Hockey Hall of Fame’s fraternity of Honoured Members and other special guests and entertainers.   Plans are also shaping up for various “75/25” themed promotional activities at the Hockey Hall of Fame, from June 18, 2018 to September 10, 2018, and a commemorative coffee table book titled “THE HALL” will be published by Montreal-based Griffintown Media for release in fall 2018.

The day after the “Legends Gala”, on Tuesday, June 26, 2018, the Selection Committee will meet to consider duly nominated candidates for election into Honoured Membership.  The announcement of the Class of 2018 will be made later that day at 3:00 PM and the annual Induction Celebration will be held on Monday, November 12, 2018.

The 46th Annual Induction Banquet will be Thursday, June 21, 2018, at the American Polish Cultural Center in Troy, Michigan.  Tickets for the banquet, which begins at 5:30 pm., are $125 and can be ordered by calling (313) 407-3300.  Information on the National Polish-American Sports Hall of Fame is available at www.polishsportshof.com. 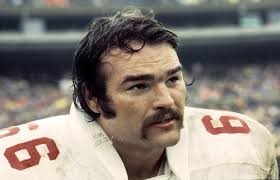 Conrad Dobler played college football at Wyoming from 1968-71 where he starred as an offensive tackle in his second and third years and then played at defensive end his senior season.  Named to the all-conference and all-academic team, he was taken in the 1972 NFL Draft by the St. Louis Cardinals in the 5th round.  Dobler played with the Cardinals (1972-77), New Orleans Saints (1978-79) and the Buffalo Bills (1980-81).  Playing at right offensive guard, he started every game but four in his 10-year career.   For six of his NFL years, the offensive lines anchored by Dobler led the league in fewest sack allowed.  The 1975 Cardinals set the NFL record for fewest sacks in a season by only allowing only eight the entire year.  Dobler was selected for three consecutive Pro-Bowls in 1975, 1976 and 1977. 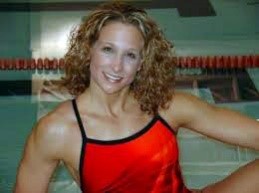 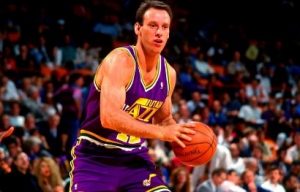 Larry Krystkowiak played basketball at the University of Montana where he still holds the school career records for points and rebounds. The 6’9” forward was named conference MVP three times (1984-86) and was a two-time Academic All-American.  Krystkowiak was selected by the Chicago Bulls as the 28th pick in the ’86 draft. He played nine seasons in the NBA with the Spurs, Bucks, Jazz, Magic, Bulls and Lakers where he averaged eight points and five rebounds per game. After his playing days, Krystkowiak coached Montana to two conference tourney championships and two NCAA tournament appearances. He joined the NBA coaching ranks as an assistant with the Bucks before being elevated to head coach in 2007.  Krystkowiak is currently in his seventh season as head coach at the University of Utah. 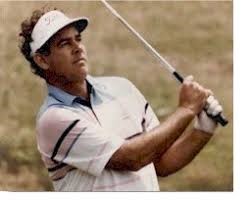 Evan “Big Cat” Williams is credited by many with creating visibility for long drive competitions, putting the sport on the map by virtue of his back-to-back U.S. National Long Drive Championship titles in 1976 and 1977.  With a blast of 353 yards, he defeated, among others, Jim Dent, considered the longest driver on the PGA tour.  His winning drive stayed on the books as the championship record for 18 years.  Big Cat brought long drive competitions to the forefront of sports with exhibitions in 26 countries.  Over the years, Williams won national long drive titles in the United States, Australia and Bermuda.

The Hall of Fame, also voted the Top Tourist Attraction in Ohio through a fan poll in
May 2015, attracts guests from across the United States and the world. Regarded as
“The Most Inspiring Place on Earth!” the Hall of Fame represents its sport in many
entertaining ways. The Hall continually enhances its exhibits to provide guests with an
immersive and experiential visit built around the important mission to “Honor the
Heroes of the Game, Preserve its History, Promote its Values and Celebrate Excellence
EVERYWHERE!”

“We thank fans throughout the country for recognizing our institution as the Best
Attraction for Sports Fans,” stated President & CEO David Baker. “This sport’s
popularity is not only because of the excitement and talent that is displayed on the
football field but also the values and life lessons this Game teaches.”

The Pro Football Hall of Fame opened its doors more than a half century ago. From its humble beginnings in 1963 to today, the Hall of Fame has grown in both size and stature. Recognized worldwide as America’s premier sports Hall of Fame, it reaches tens of millions of football fans each year through broad outreach such as national televised events, an in-depth website, educational and youth programs, social media, traveling exhibits, and special events held around the country.

10Best.com provides users with original, unbiased, and experiential travel content of top attractions, things to see and do, and restaurants for top destinations in the U.S. and around the world. The core of the site’s uniqueness is its team of local travel experts: a well-traveled and well-educated group who are not only experts in their fields – and their cities – but discriminating in their tastes. These local experts live in the city they write about so the content is constantly updated. 10Best.com averages 5 million visitors per month. It was acquired by USA TODAY in January of 2013. More about the USA TODAY 10Best Readers’ Choice travel award contest can be found at: http://www.10best.com/awards/travel/best-attraction-for-sports-fans/