The 2015 Nova Scotia Sport Hall of Fame induction class includes four athletes, two builders, and one team. The Induction Awards Night will take place at the World Trade and Convention Centre on Saturday, November 14. Tickets are available at the Hall of Fame (contact Karolyn Sevcik: 902-404-3321). 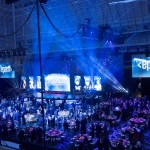 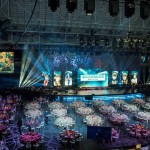 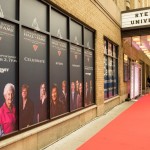 When Aramark and Monumental Sports & Entertainment wanted to transform a 5,500 sq ft space at the Verizon Center into an engaging destination for their visitors and fans, EDE was called in. The space had been left un-finished, so it was our task to renovate and remodel the space to become a 400-level destination for all fans as part of the game-day experience. EDE designed, engineered, fabricated and installed the bar, along with all related accessories. They produced the sponsor identification/logo for the entrance, buffet stations, high-top tables, a fully-stocked back bar with coolers, branded barrels, and turned a glass elevator shaft into a video-screen area, complete with environmental graphics of the city of Washington D.C. The lounge includes daily fantasy games, special guest appearances and an all-inclusive ticket package with food and beverage. The finished project adds excitement and dining opportunities for the fans and visitors on both game days and concert dates.

About EDE: EDE has been helping clients bring exhibit ideas to life since 1979. We’ve helped them tell their stories, breathe new life into their brands, and make the seemingly impossible – possible. Our diverse experience with marketers, museums, and architects enables us to see a broader picture in order to find the perfect solution to realize your vision. This experience is proven through our award winning craftsmanship, focused attention to detail and an intense commitment to service. To learn more about EDE please visit edecorp.com 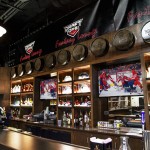 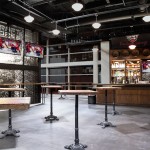 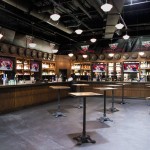 The Hockey Hall of Fame is set to welcome its newest Inductees – Sergei Federov, Phil Housley, Nicklas Lidstrom, Chris Pronger and Angela Ruggiero in the Player Category, and Bill Hay and Peter Karmanos Jr. in the Builder Category.  Be a part of the excitement all weekend long with tributes to the Class of 2015 including special guest appearances, Q&A fan forums, autograph signings and the annual Legends Classic (Team Gilmour  vs Team Bure at Air Canada Centre), plus more.  The weekend’s events will culminate with the Induction Celebration Gala taking place during the evening of Monday, November 9.

COLORADO SPRINGS, Colo. – Back in 1951, at the age of 16, Mel Potter began his journey in the Rodeo Cowboys Association, now known as the PRCA.

Fast-forward 65 seasons, and Potter, 80, is still competing as a team roping header.

At his peak, back in 1959, Potter competed in the inaugural National Finals Rodeo in Dallas as a tie-down roper, finishing 14th in the final standings. He is now the only original NFR competitor still active in the PRCA.

Combine Potter’s longevity as a competitor with his decade of success – 1964-73 – as a stock contractor with Rodeos Inc., and his time served on the PRCA Board of Directors and it adds up to his being selected Oct. 5 by the ProRodeo Hall of Fame as the 2015 Legend of ProRodeo.

“I was very surprised to get this honor,” said Potter, who also is a highly-successful businessman. “Being involved with rodeo was one of the neatest things of my life because all of the great people I’ve gotten to know and be good, good friends with all over the country. We also put together a heck of a string of livestock (at Rodeos Inc.) and we treated the cowboys as good as any stock contractor there was. I’m also going to keep competing in rodeos as long as I can get on a horse and stay on a horse when he runs out of the barrier.”

“Since joining the PRCA in 1951, Mel Potter’s career has been one of longevity and consistency. He has competed for an amazing 65 seasons and has gone from an NFR qualification in 1959 to earning a check this year at a Great Lakes Circuit event at the age of 80,” said Kent Sturman, director of the ProRodeo Hall of Fame. “Mel has also given back to the sport in many ways and he cares deeply for the PRCA and its success. His talents, experience and knowledge of the sport helped raise a four-time World Champion Barrel Racer, his daughter Sherry Potter Cervi. Mel has done a lot for the professional rodeo industry and we are honored to have him as this year’s Pro Rodeo Legend.”

Potter has competed in tie-down roping, steer wrestling and team roping during his PRCA career. As a team roper, he has paired with guys like Bum Post, Bob Padilla, Eddie Schell and Dale Smith.

Although Potter had some solid success as a PRCA rookie in 1959, he knew he had to have a back-up plan for work. His family had been cranberry farmers since his grandfather started the family business in Wisconsin Rapids, Wis., in 1880. The Potters are one of the largest producers for the Ocean Spray co-operative of growers.

Potter and his wife of 59 years, Wendy, also operate the Potter Ranch in Marana, Ariz., with their middle daughter, Jo Lynn, and her husband, George Alexander. The ranch has produced some of the sport’s top timed-event horses since 1973. Wendy competed in the NFR in barrel racing in 1970 and ’72.

“I’ve had an interesting life, and it has been like an 80-year vacation,” said Potter, who was an airplane pilot for 50 years before he stopped flying in 2011. “Everything I’ve done I have enjoyed doing and I have just had fun. I have a great family, and I’ve gotten to know so many great people. To me, the best thing in my whole life is all the people who I’ve met and become friends with. It’s hard to believe it has happened this way for me.”

The Georgia Sports Hall of Fame’s newest exhibit, Dixie on Ice: Minor League Hockey in Georgia, is now on display in the museum’s rotunda.  Tracing the history of minor league hockey in Georgia from the 1973 Macon Whoopees to the state’s handful of professional hockey teams of today, the exhibit features game-worn jerseys and hockey equipment from such teams as the Columbus Cottonmouths, the Gwinnett Gladiators, the Augusta Lynx, the Macon Trax, and the Atlanta Knights.  Just in time for the start of hockey season, Dixie on Ice: Minor League Hockey in Georgia will remain on display through January.