Wade was born July 5, 1944. His mother was at a sports day the day Wade was born, which led to many sports days to come. Wade was very active in all sports during his school years-baseball, track and field, football and curling.

He played minor baseball with Fairlight from 1956-1960, then into senior baseball with them in 1961. In 1964 he played in Manitoba Senior League with St. Lazar. The team roster included 5 American players. They lost the League final to Hamiota in 7 games. Wade played with Fairlight  from 1965 to 1970. In 1969 he played in SBA with Wawota Elks. In 1970 Wade played with the Wawota Pats that won the SBA Provincial Title. In the play offs, Wade won 3 games pitching against Estevan, Yorkton and Disley.

From 1971 to 1976, Wade played with Wawota Cardinals that won the 1972 SBA Provincial Title, with him winning 5 games along the way.

From 1979 to1989 Wade played Twilight Baseball with Wawota and won 2 Provincial Twilight Titles and 2 Provincial Over 40 Titles. Over this period of time the team won 36 games and lost only 9.

When not pitching, Wade played infield as well as all other positions except catching. He usually batted 3rd, 4th or 5th in the line up.

1975-played in Kenosee Lake tournament with Mcauley Blazers from Manitoba

1989-Last ball game-relieved for his son Jeff, in playoff game in Wawota, SK.

Wade continues active in summer and winter, golfing and curling.

Wade and his wife Sharon have 3 children and now enjoy 10 grandchildren.

Wade now joins his father, Don Sauter, who was inducted into the Saskatchewan Baseball Hall of Fame in 1996.

“From the Garage: Street Rides of NASCAR Stars” puts you in the driver’s seat of the hot wheels that the sport’s icons drive every day. For 38 weeks a year, these top contenders in NASCAR’s premier series battle it out in high powered race cars designed and built by top engineers to perform at maximum velocity. While these impressive machines propel drivers to victory, what do these stars choose to drive when they’re not on the track? “From the Garage” explores what some of the sport’s most well-known names have tucked behind their garage doors and what drew them to each of these one-of-a-kind vehicles. The full lineup includes:

“From the Garage” will be on display through the end of the year.

The revamped Heritage Speedway showcases more than 200 new artifacts that walk you through NASCAR’s storied past decade by decade. From dirt and asphalt short tracks to superspeedways across the nation, drivers have showcased their talents over the course of seven eras of motorsports. In this exhibit, guests will find iconic moments illustrated through artifacts that capture the personality of the legends who paved the way for today’s drivers along with unexpected memorabilia and relics that pay homage to the sport’s deep-seated roots. Items range from Bobby Allison’s 1988 uniform that he wore at the Daytona 500 when he beat his son Davey to Dale Earnhardt’s money bag from his spectacular come-from-behind win in 2000 at the Winston 500 in Talladega.

Heritage Speedway is a revamp of a permanent exhibit (the first time in five years this area has received all new artifacts). 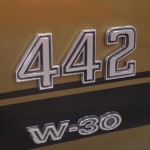 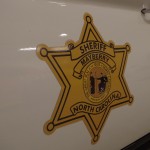 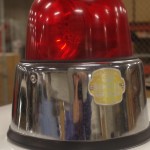 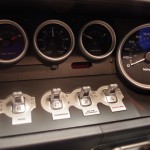 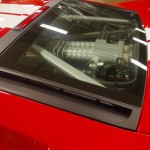 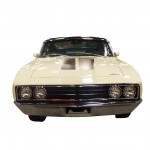 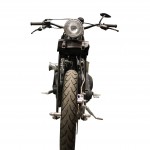 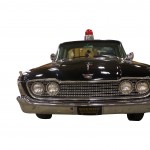 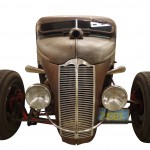 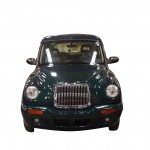 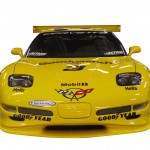 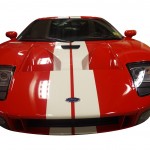 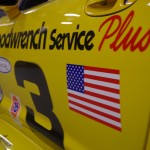 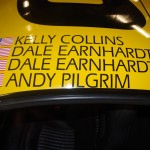 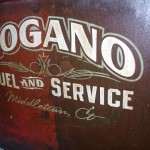 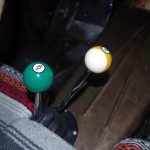 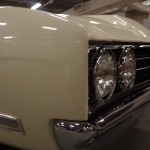 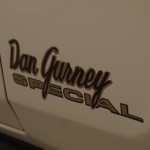 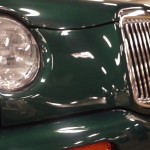 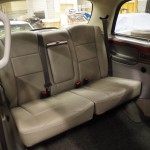 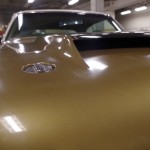 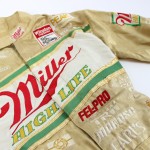 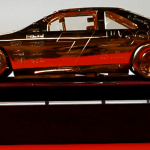 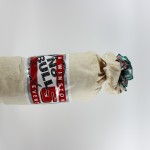 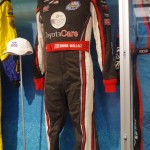 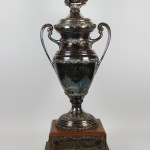 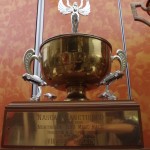 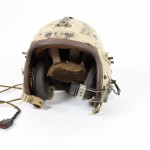 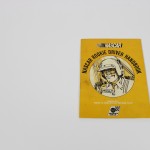 Ken MacLeod was a pioneer in making change in kid’s baseball in Regina.

As a youth, Ken played baseball in the Tisdale, Saskatchewan area. There were no established baseball leagues in the area at that time but baseball teams played in tournaments at the local Sports Days in all small towns in the area. Out of this grew Ken’s love of the game of baseball.

In the 1970’s, Ken coached kid’s baseball in the Kiwanis National League in Regina. This league operated under the auspices of the Saskatchewan Baseball Association.

In 1973, when Ken told one young player he was being cut, the boy burst into tears. Teary eyed himself, Ken decided there had to be another way besides cutting players from a team. He then went on a single minded journey to get every kid who wanted to play baseball the chance to do just that.

In 1974 Ken became President of the Kiwanis National League and instituted a no-cut policy and built up the infrastructure to handle the influx of kids that were coming. Ken decided the way to go was to affiliate with Little League.

After much research, exploring of options, dedication and hard work, the Kiwanis Little League was formed.

A few years later the move culminated in North Regina winning the Canadian Little League Championship, and their subsequent participation in the Little League World Series in Williamsport, Pennsylvania, USA.

Ken is regarded as the Father of Little League baseball in Regina.

A lawyer by profession, Ken was a Judge in the Court of Queen’s Bench in Saskatchewan.  He also participated in a number of service clubs and community organizations. He was a busy person.

Ken’s legacy will live on in the minds and hearts of the countless kids who were able to play baseball because of him.

In his honour, a ball diamond in Kiwanis Park in Regina has been named “Honourable Ken MacLeod Field”.

Halifax gymnast Ellie Black, who shares her inspiring story with Nova Scotian youth as ambassador for the Hall of Fame’s Future Hall of Famers education program, achieved amazing results at the 2015 Pan Am Games in Toronto. Black took home three gold, one silver and one bronze in the artistic gymnastics events, making her the most decorated athlete of the games so far. The Nova Scotia Sport Hall of Fame supports Black in her journey to the 2016 Olympic Games in Rio.

Since 1995, the Stanley Cup has spent its summers travelling around the globe as the special guest of the NHL’s championship team, its players, and management.

Each Stanley Cup champion assumes possession of the trophy for one day of celebration and touring. HHOF.com provides you exclusive stories, videos, and photographs via the Hockey Hall of Fame’s Stanley Cup chaperone (aka “White Gloves”) — no one gets closer!

Join us, as the 2015 Stanley Cup Journal begins with an in depth look at the moments and days that follow the cup presentation. Follow your favorite Black Hawk and share his experiences

Just click onto www.hhof.com and link into Stanley Cup Journal/

Make sure you stay up-to-date with all the happenings at the Hockey Hall of Fame and hockey at www.hhof.com

The conference kicked off on Wednesday, June 10, with an education presentation, special visit and reception at the Nova Scotia Sport Hall of Fame in the Scotiabank Centre. Two days of sessions followed on June 11 and 12 at the Westin Nova Scotian. Sessions covered topics such as strategic board recruitment, the induction process, and new technology. A variety of speakers presented the sessions, including special guests from the Association of Nova Scotia Museums, Scotiabank Blue Nose Marathon and the Heart & Stroke 60 Minute Kids Club.

The CASH annual general meeting took place during the conference on Thursday, June 11.

Four athletes, two builders, and one team will have their extraordinary accomplishments recognized when they are inducted into the Nova Scotia Sport Hall of Fame on Saturday, November 14th, 2015 at the World Trade and Convention Centre in Halifax.

This year’s athletes include two Olympic/Paralympic medalists: Ray Downey and Andrew Haley. Ray is one of Nova Scotia’s most decorated amateur boxers, with an impressive professional record to accompany his Olympic bronze, while Andrew is one of para-swimming’s greatest success stories, with a world record and numerous World Championship and Paralympic wins.

Football sensation Chris Flynn and Canadian Champion and Olympic gymnast David Kikuchi will also join the Hall of Fame this year. Chris is a CIS record-holder for his outstanding career as a quarterback who won three Hec Crighton awards, and David is a back-to-back All-Around Canadian Champion with unparalleled results in international competition.

In the Builder category, Lowell Cormier has poured over five decades of dedication into building sport in Cape Breton including establishing numerous athletic facilities and the prestigious New Waterford Coal Bowl Classic, and Jim Bottomley has an unmatched record for leading Junior A hockey teams to success, including the province’s only team to ever win a national title.

This talented inductee class is completed by the 1995 Dalhousie Tigers Men’s Soccer Team, which earned its first-rate status by being the only men’s soccer team from a Nova Scotian university to win a CIS Championship.

Bruce Rainnie, television news host at CBC Charlottetown, an accomplished CBC sport play-by-play man, colour commentator and event host, will be master of ceremonies, helping the inductees share their stories with humour and poignancy for his 17th time on the induction stage.