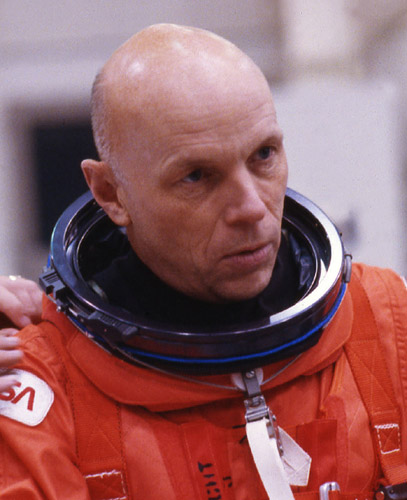 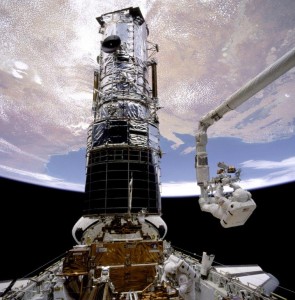 Dr. Story Musgrave, member of the World of Little League(r) Hall of Excellence and NASA astronaut, performed three of the five space walks to repair Hubble Space Telescope during an 11-day flight that traveled 4,443,772 miles in 163 orbits of the Earth. Dr. Musgrave is the keynote speaker during the Evening of Champions dinner on Thursday, Oct. 22.

His talk will be out of this world.

Retiring after 30 years as a National Aeronautics and Space Administration astronaut, Dr. Musgrave was inducted in 1994 to the Hall of Excellence in the World of Little® League Museum. Each Hall of Excellence member played Little League.

Perhaps the greatest Renaissance man of our time, Dr. Musgrave made three of the five space walks to repair the Hubble Space Telescope. He flew on six space flights, performing the first spacewalk on Challenger’s first flight. He suffered frostbite on his fingers from a spacewalk.

Dr. Musgrave was born on a farm in 1935 in Stockbridge, Massachusetts. His early years of exploration are what sparked his interest in space. He recalls being alone at night in the forest at age three, riding a homebuilt raft on a river at age five, and driving trucks and tractors by age 10. When he was 13, he repaired them.

Dr. Musgrave did not finish high school. Instead, he ran off to Korea with the U.S. Marines where he began his formal experience with aircraft. Throughout the next 55 years, Dr. Musgrave accumulated 18,000 hours in more than 160 aircraft, according to his biography. He has seven graduate degrees in math, computers, chemistry, medicine, physiology, literature and psychology. He has received 20 honorary doctorate degrees and was a part-time trauma surgeon during this 30-year astronaut career.

Now, however, he no longer identifies himself primarily as an astronaut, although he has plenty of space stories to share. One of his favorites involves Halloween. “Mission Control was working very hard and I wanted to lighten their day by dressing as a witch and riding a broom … but, there are no brooms in space, so I rode a vacuum cleaner. It sucked in air in one end and pushed it out the other just like a jet engine.”

He is the father of seven children. He and his wife Amanda have a daughter, also named Story, who is eight. A child of the digital age, dad and daughter often spend time fishing or riding a tractor. It is critical for children to feel as comfortable with trees and soil as they are with the world they can bring up on a screen, the father explains.

Playing Little League as a youngster gave him a social life and camaraderie with others. “It helped me be a team player,” he said. Mental illness and alcoholism remained at home when at the ballfield: “Little League played a very important role in my early life.

“My huge celebration with Little League was with my own children,” Dr. Musgrave said, adding that the six oldest played in the Clear Lake area outside of Houston, Texas. At his ranch in Kissimmee, Florida, he and his daughter are playing catch. “She has a heck of an arm – she can throw right or left.”

In addition to enjoying his family now that he is “retired,” Dr. Musgrave spends time at his palm farm in Florida, a production company in Sydney, Australia, and a sculpture company in Burbank, California.  Plus, he is a landscape architect, professor of design, a concept artist with Walt Disney Imagineering, an innovator with Applied Minds Inc. and performs multi-media presentations.