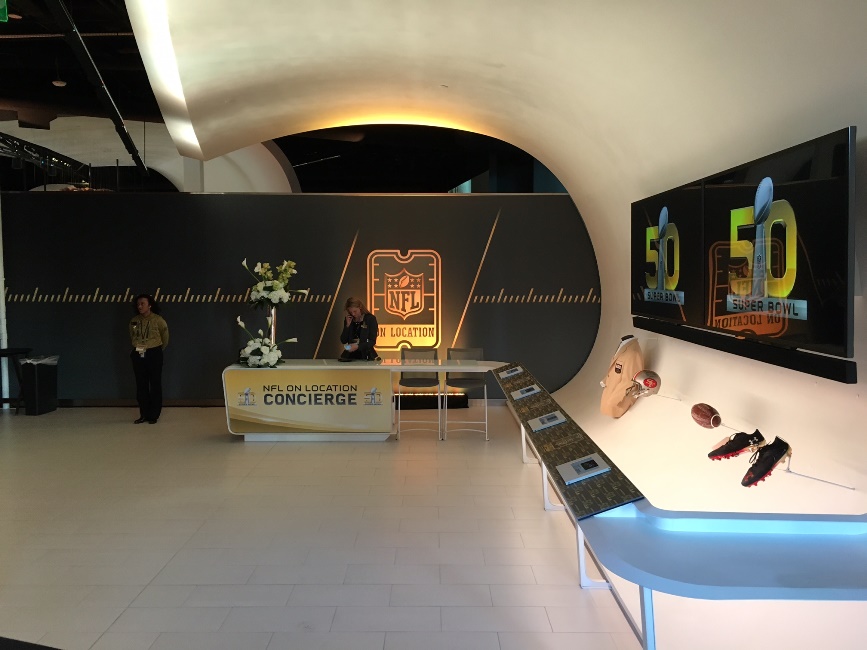 The Super Bowl is the annual championship matchup for the National Football League with the winning team taking home the Lombardi Trophy, one of the most prestigious awards in professional sports. As one of the most watched sporting events in the world each year, the Super Bowl has evolved into more than just a football game. Year-long anticipation of the Super Bowl culminates with two weeks of celebrations that infuse the host region with excitement in the lead-up to the most decisive game of the NFL season between the league’s two best teams. The San Francisco Bay Area served as the host region for Super Bowl 50 with Levi’s® Stadium, home of the San Francisco 49ers, as the site of the game itself on February 7, 2016. As the NFL’s golden anniversary game, Super Bowl 50 carried with it a standard to pomp and excellence for all facets of the event.

With great fanfare came great expectations for fan fare. Game Day hospitality for VIP fans attending Super Bowl 50 required a certain level of comfort and convenience that incorporated such features as exclusive space, all-inclusive food and beverage, and pre-game entertainment. NFL On Location, the league’s source for event experience and hospitality at the Super Bowl, Pro Bowl, Draft, and International Series games, provided such amenities by offering various hospitality packages for special events taking place around Levi’s Stadium on Super Bowl Sunday. The 49ers Museum presented by Sony was the premier destination for NFL On Location Hospitality. With 20,000 square feet of stadium space dedicated to 49ers education, innovation, and heritage, the Museum was a natural landing spot for the football fans that flock to the Super Bowl every year as well as those coming to cheer on the participating Carolina Panthers and Denver Broncos.  Planning began in July 2015 to convert the Museum into a pre- and post-game hospitality space for Super Bowl 50. The Event team from NFL On Location visited the Museum on several occasions and became ever more impressed with the space and how it operated. Since the Museum’s distinctive design projects an ambiance all its own, only a few décor enhancements were added in the weeks leading up to the Super Bowl to get the space ready for the big day. Of the additions made was a black and gold color motif peppered throughout the space using cocktail tables, floral arrangements, and lighting design. Super Bowl 50 logo graphics were applied to glass surfaces to connect the space to the event taking place  on the Levi’s® Stadium field. Much to the appreciation of the Museum staff, the overall character of the Museum and the rich, visual representation of 49ers history were left intact.

Over 700 guests explored the Museum space in the hours before Super Bowl 50 kicked off, enjoying hosted bars and various food stations positioned throughout the Museum’s 11 galleries. Live television feed was projected onto large screens so fans would not miss a minute of the game’s lead-up coverage. The Morabito Theater, which normally shows the 49ers Signature Film, was utilized as a presentation space for former Denver Broncos Tight End and Pro Football Hall of Famer Shannon Sharpe to speak about his football career and Super Bowl experiences as an added bonus to the hospitality event’s distinctiveness. Guests took in state-of-the-art technology and exhibits while experiencing all that the Museum had to offer. Though the Museum is steeped in 49ers lore, it is nevertheless an institution of sports heritage that was enjoyed by fans of all affiliations on Super Bowl Sunday. Any football aficionado can appreciate the impact that the San Francisco 49ers franchise has had on the game of football: its origins as one of the first professional clubs on the west coast, storied player, coaches, and executives, unprecedented championship success in the 1980s, and even today with its development  of the most high-tech venue in the NFL. Levi’s® Stadium and the 49ers Museum, the perfect blend of tradition and innovation, was the perfect setting host to Super Bowl 50, the NFL’s milestone game celebrating not only a season of triumph but also fifty years of gridiron achievement. 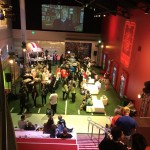 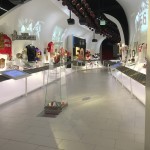