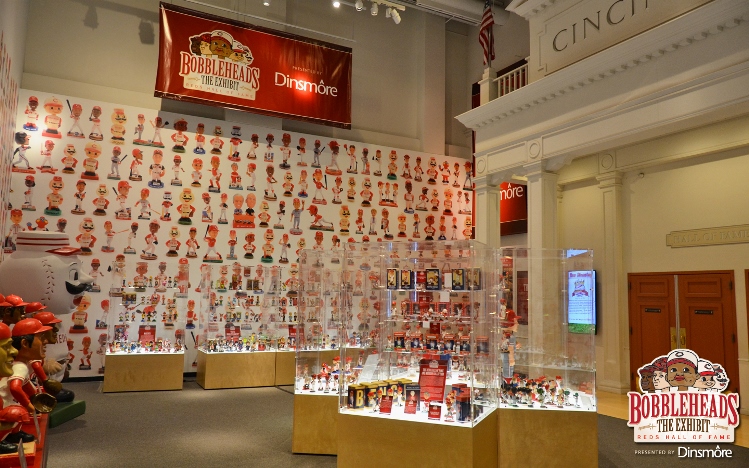 In 2016, the Reds Hall of Fame and Museum celebrates the bobblehead collecting phenomenon with a new exhibit that highlights the many and varied designs and styles of one of the most unique and popular promotional items ever created. Bobblehead promotions help sell out ballparks and arenas around the country. The Reds Hall of Fame and Museum’s bobblehead exhibit highlights the bobblehead craze through the display of a wide array of bobbleheads dating to the introduction of the collectible as a novelty item in the early 1960s.

Bobbleheads come in an almost limitless variety of styles and have featured as subjects athletes, movie and television stars and political figures. The exhibit will feature all of the Cincinnati Reds bobbleheads that have been created as ballpark giveaways dating to the first set that was issued in 2001, plus every bobblehead issued by the Reds Hall of Fame. Along with the Reds bobbleheads, the exhibit will also include a selection of bobbleheads from other Major League teams as well as those from other sports and non-sports bobbleheads. Over 500 different bobbleheads will be on display.

The Reds Hall of Fame’s bobblehead exhibit promises to be a fun and exciting exploration of a most entertaining collectible. 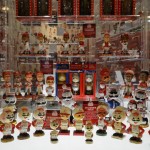 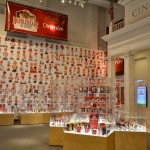 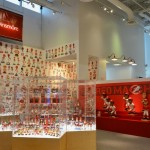