LUBBOCK, Texas – The winningest coach and the winningest pitcher in college baseball history, as well as one of the leading hitters of his era highlight the 2016 National College Baseball Hall of Fame induction class.

This year’s class, which will be inducted as a part of the annual Night of Champions celebration of college baseball on July 1-2 in Lubbock, Texas, is headlined by University of Texas coach Augie Garrido, winner of five national championships and the winningest coach in college baseball history, and Florida State’s JD Drew, a two-time consensus All-American and winner of five national player of the year awards in 1997.

“We are excited to induct this class,” said Mike Gustafson, president and CEO of the National College Baseball Hall of Fame. “It is remarkable that this is our 11th induction class and they are this accomplished.”

Garrido entered the 2016 season with 1,950 wins and has led 15 teams to the College World Series. He has received National Coach of the Year honors six times. On March 25, 2014, he earned his 1,893rd win and passed 2009 College Baseball Hall of Fame inductee Gordie Gillespie to become the winningest coach in college baseball history.

Drew becomes the second inductee in the storied history of the Florida State program. In addition to winning five player of the year awards in 1997, he was consensus All-American in both 1996 and 1997. He was drafted fifth overall in1998 by the Cardinals and completed a 14-year major league career in 2011. In 1999, he was listed eighth in Baseball America’s collegiate “Player of the Century” poll.

Also included in the class are Jackson State coach Bob Braddy, the winningest baseball coach in Southwestern Athletic Conference history with 824 wins and 12 SWAC championships; Marietta College pitcher Matt DeSalvo, whose 53 wins make him the winningest college pitcher in history; Arizona State outfielder Rick Monday, named National Player of the Year in 1965 by The Sporting News; the University of Houston’s Tom Paciorek, a two-time first-team All-American who led the Cougars to the finals of the 1967 College World Series; and Valdosta State coach Tommy Thomas, the winningest coach in NCAA Division II history.

DeSalvo’s 53-6 career record represents the most wins by any collegiate pitcher at any level, and his 603 career strikeouts are the second most of any pitcher at any level of college baseball. He was named the Division III National Player of the Year by ABCA in 2001 and was a three-time first-team D-III All-American.

Monday made the most of his one varsity season as an Arizona State Sun Devil, earning National Player of the Year honors from The Sporting News for the 1965 National Champions. He batted .359 with a school-record 11 home runs and blasted two home runs during the College World Series to earn All-CWS team honors. Monday was drafted No. 1 overall by the Kansas City A’s in the first MLB amateur draft in 1965 and played parts of 19 years in the big leagues. ASU retired his number in 1997.

Paciorek was the first University of Houston Cougar player to receive first-team All-American honors in school history. Named first-team All-American in 1967 and 1968 by both ABCA and The Sporting News, he led Houston to the championship game of the 1967 College World Series by hitting .435 with 10 home runs in 32 games played. He later became the first Cougar to play in the big leagues, where he spent a total of 16 seasons.

Thomas owns the record for most wins in NCAA Division II history with 1,308. He graduated from Valdosta State after a four-year career where he played third base and batted .316. He was named head coach in 1967 and led the VSU baseball team to 34 winning seasons, eight trips to the national tournament and an NCAA Division II national title in 1979. He was named the National Coach of the Year by ABCA in 1979 and was inducted into Valdosta State’s Athletic Hall of Fame in 2006.

“I want thank our voting committee of over 200 strong for their time and effort in choosing this class,” Gustafson said. “They represent so much history as college baseball media members, active and former coaches, retired umpires, past inductees, college baseball historians and, in several cases they are also former players, and their experiences and knowledge are reflected in this class.”

Tickets for the 2016 induction are available on the Hall of Fame’s website at www.collegebaseballhall.org. 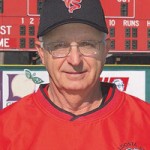 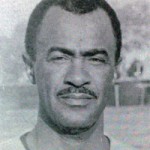 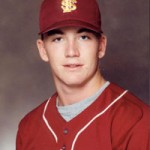 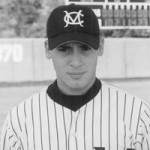 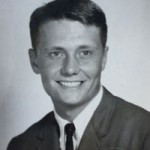 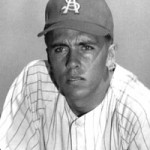 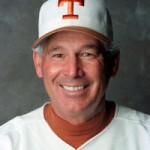