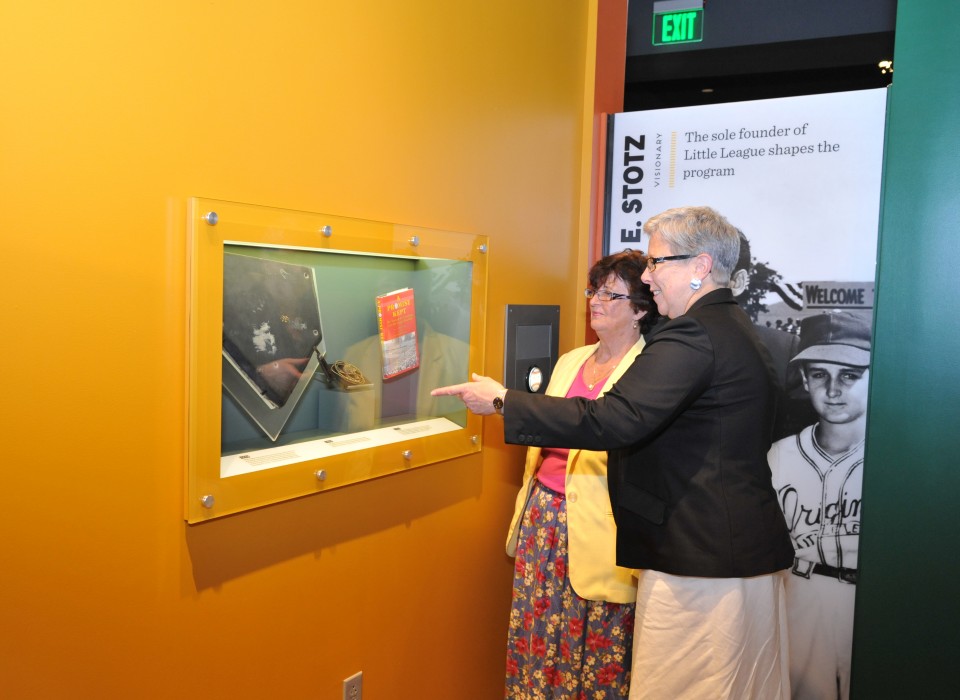 The World of Little League®: Peter J. McGovern Museum and Official Store in South Williamsport, Pa., is a hit since it reopened to the public on June 15, 2013, after a $4.3 million renovation project.

Designed around a six-inning concept, the new museum brings together all local leagues while sharing the Little League experience with visitors from around the world.
A uniform worn by Babe Ruth is a major drawing card. The uniform is from the only international barnstorming tour that Ruth made. Worn in 1934 as part of the All-American team visiting Japan, this is the first time the uniform is on public display. There are three pieces to the uniform – jersey, pants and stirrup socks. It is considered by some to be the one of the most important collectible sports memorabilia items in the world. On loan, the donor wishes to remain anonymous.

Babe Ruth’s granddaughter, Linda Ruth Tossetti, visited the World of Little League shortly after it opened to see the uniform for the first time. She shared anecdotes about her grandfather’s trip to Japan.

The museum also features rare items from the collection of the Carl E. Stotz family. Mr. Stotz founded the Little League® program in 1939. Artifacts include a home plate carved from a piece of rubber and the knife that was broken while creating it; the original hand-sewn first base with excelsior stuffing; and a child’s sand bucket used to collect donations during games, among other items.